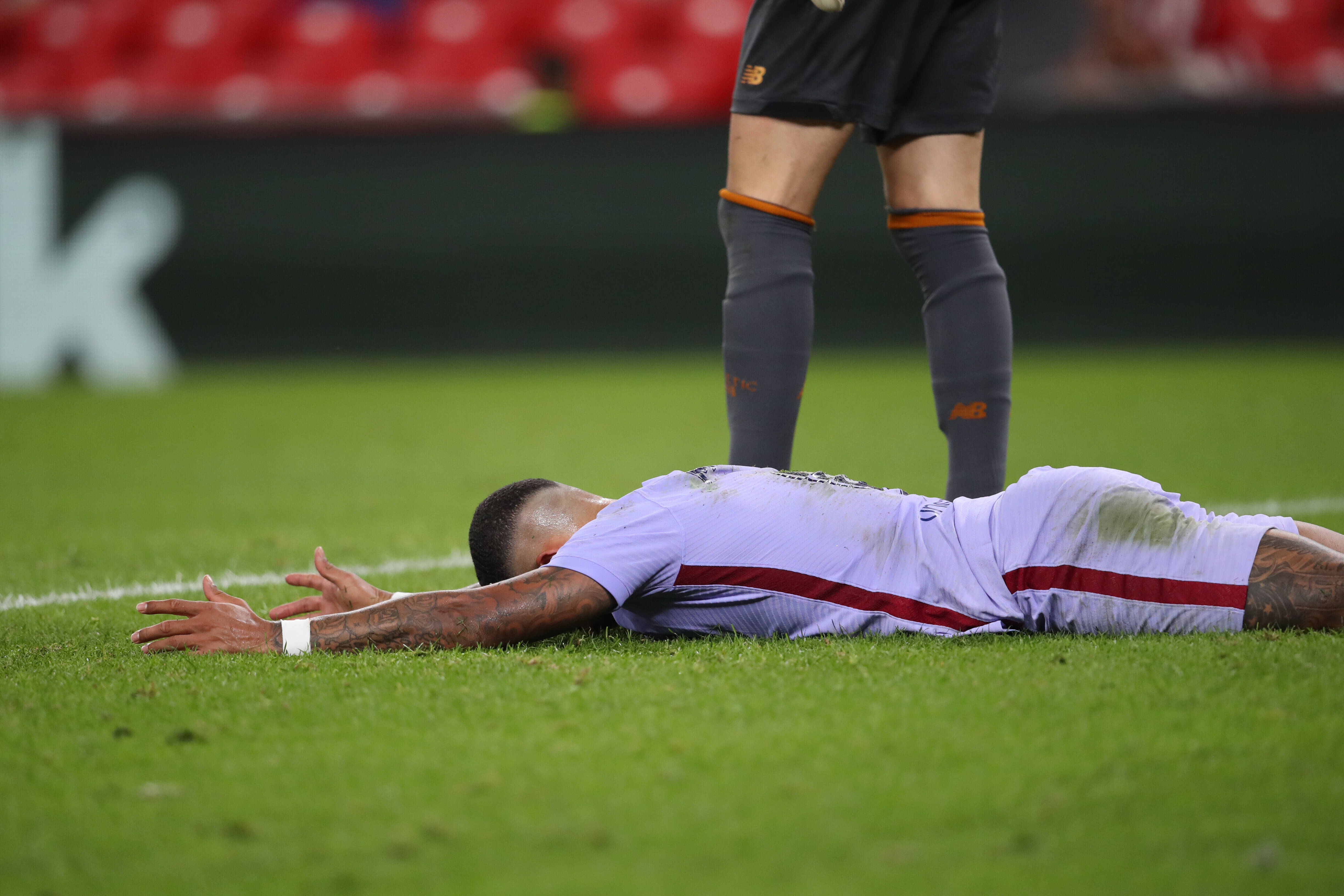 Memphis Depay is said to have suffered a minor injury during Barcelona’s draw with Athletic Club over the weekend.

Barca could not take maximum points at San Mames, drawing 1-1 with Athletic Club thanks to a superb first competitive goal from Memphis to cancel out Iñigo Martinez’s header.

In truth, Barca were second best for much of the evening, Iñaki Williams and Athletic causing them all sorts of problems.

But Ronald Koeman‘s men still managed to escape with a point in what was a bruising evening.

Gerard Pique suffered another injury setback, this time with a calf problem, while Eric Garcia was sent off late on.

And according to Mundo Deportivo, Memphis also suffered a minor injury.

No injury has been confirmed, but Memphis was pictured holding his right leg during the celebration of his goal, and he continued to reach for it in subsequent moments of the game.

That will have been a concern for Koeman ahead of this weekend’s clash with Getafe, but hopefully the Dutch forward can shake it off, and perhaps it was only a sore one after a challenge during the game rather than anything untoward.