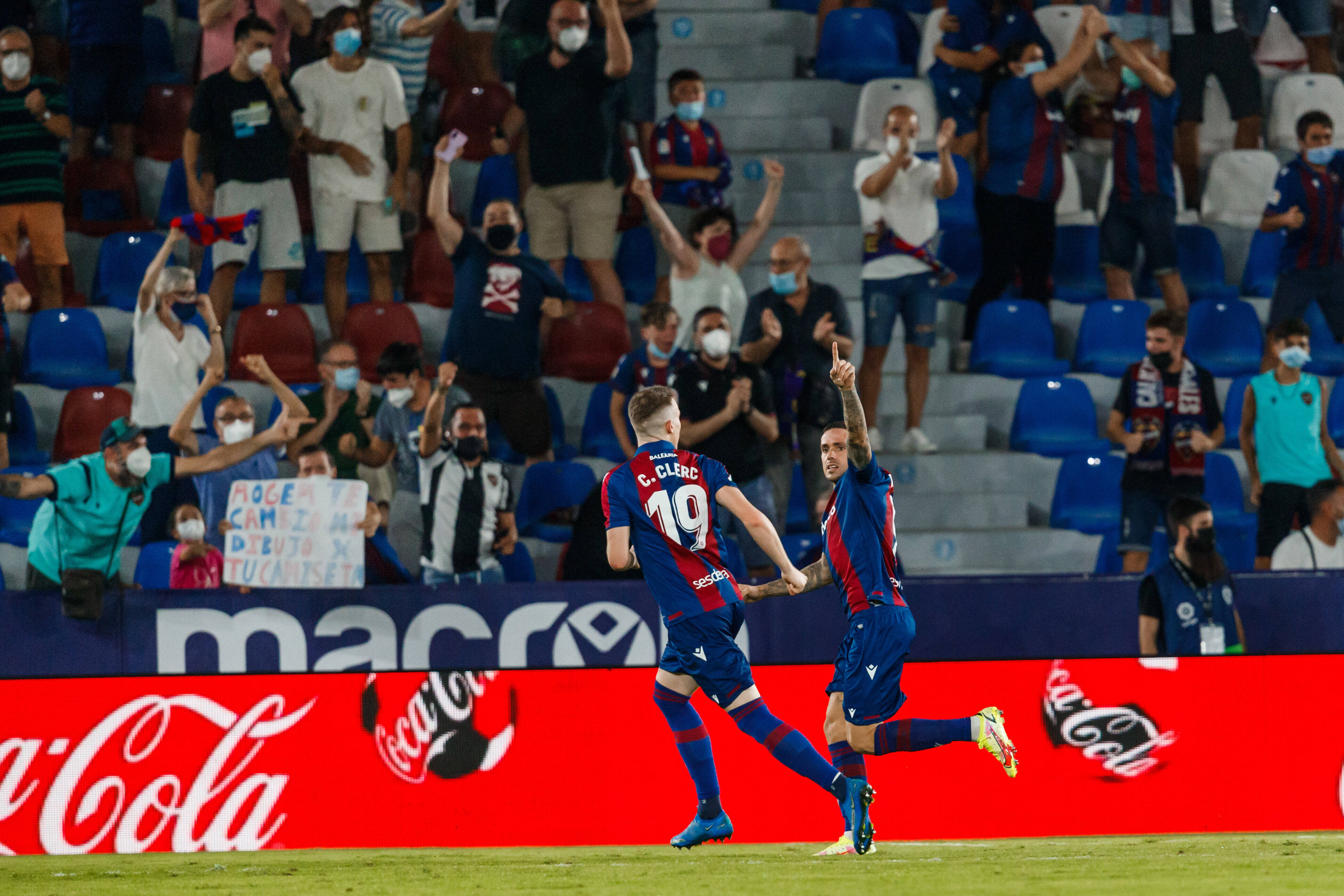 Here is your round-up of La Liga action from matchweek two.

The champions make it two from two

Atletico Madrid made it two wins from two on Sunday with a narrow victory at home to Elche thanks to Angle Correa.

It was a solid defensive effort from Elche at the Wanda Metropolitano, with chances few and far between, but a Kiko Casilla error following a superb long ball from Rodrigo de Paul created an opening for Correa to score what would prove to be the winner.

The title race is a tough one to call this season, and as you can see on Zamsino ES, the bookmakers are even struggling to call it, but with two wins from two, Atleti already look strong contenders to defend their title.

Always watch Levante, or at least against the big guns.

Las Granotas beat four of the top six last season and they are were at it again on Sunday night with a home draw against Real Madrid.

Paco Lopez’s men went behind early on after a Gareth Bale strike, but they completed a comeback after goals from Roger Marti and Jose Compana.

Vinicius Junior then equalised before Rober Pier put the home side back in front, and Vinicius would equalise again to settle the score.

Things did get nervy for Levante when Aitor Fernandez was sent off and Ruben Vezo had to go in goal late on, but they saw out a richly deserved point.

Barcelona could not pick up maximum points at San Mames on Saturday.

Marcelino’s Athletic Club put on a brilliant energetic display to take a point, going ahead through Iñigo Martinez.

Memphis Depay would go on to score a brilliant equaliser, but it was Athletic Club who were the better team here, and they will have felt disappointed to drop two points having gone ahead and dominated.

It got even worse for Barcelona, too, with Gerard Pique sidelined after picking up an injury in the clash.

Elsewhere, Valencia were awarded a questionable late penalty to take a point at Granada, while Espanyol and Villarreal played out a goalless draw in Catalonia.

Real Sociedad needed a penalty to get past the stubborn Rayo Vallecano, with Mikel Oyarzabal scoring from the spot, Mallorca defeated Alaves away from home thanks to Fer Niño’s debut goal off the bench and Cadiz took a point from Real Betis.

Sevilla head to Madrid to take on Getafe away from home this evening ahead of Osasuna’s home clash with Celta Vigo.