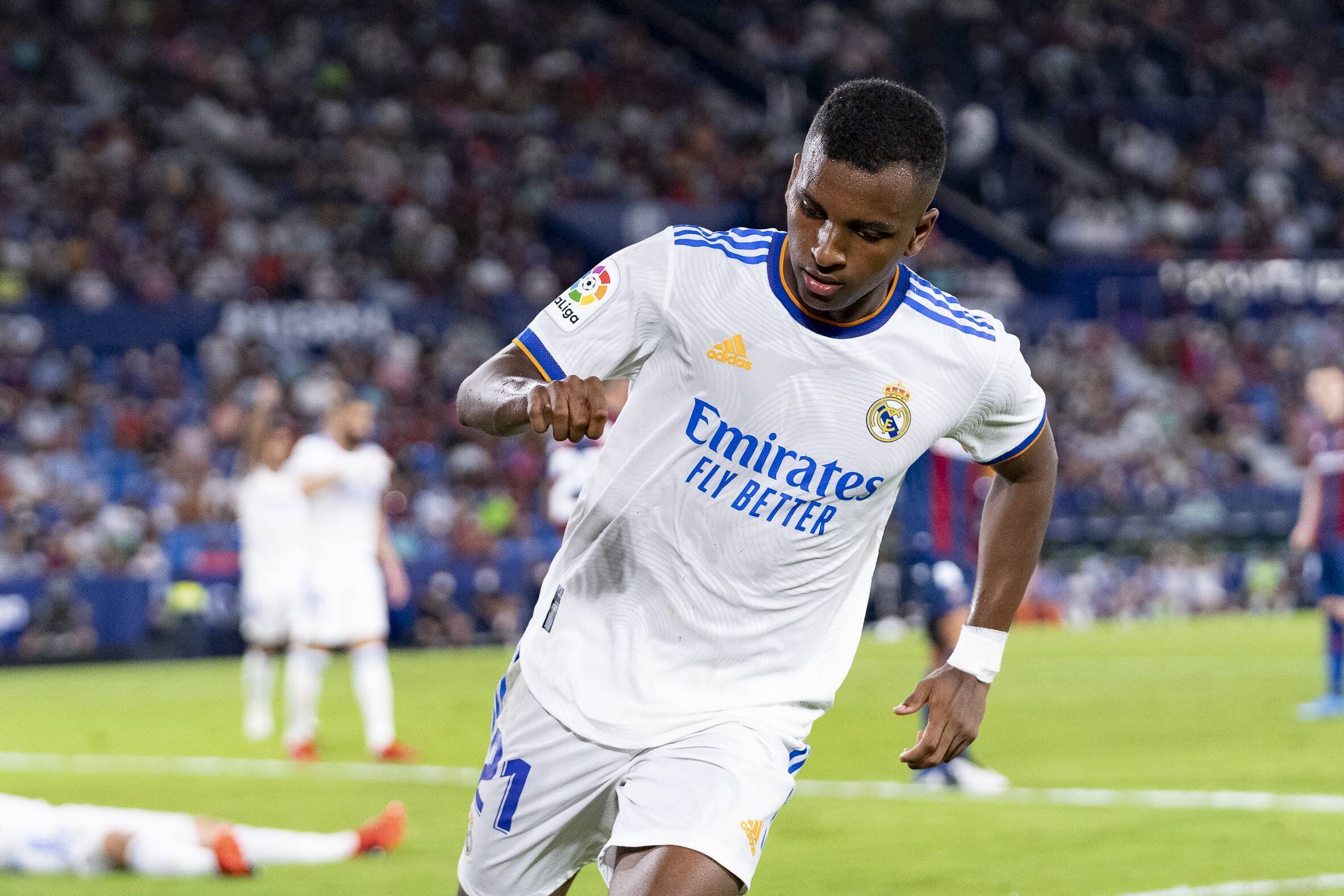 Los Blancos blew a one-goal lead at Levante before going behind twice, though they managed to take a point thanks to Vinicius’ brace.

And after Vinicius’ latest super sub display, Ancelotti has strongly hinted that the 21-year-old has earned a start ahead of this weekend’s clash with Real Betis.

He said in his post-match press conference: “It’s clear that he wins a starting spot like this, with three goals in two games.

“I have a very good squad. In these two games, we have scored a lot of goals.

“The problem is not if Vinicius starts or not, if he scores or not. It has been the defensive phase where we have failed, and I have it in mind.

“He will start the next game, maybe, we will see. Today Vinicius has determined it (the game) with his freshness and ability.”

Ancelotti added: “He has quality. He is very quick. I think that he has improved in the final third.

“He is going to be an important player for us.”

Vinicius has been criticised for his final product since arriving at Real Madrid on a €46million from Flamengo in 2018.

But he scored with two fine finishes against Levante, sprinting through and finishing with a one-on-one before finding the net a second time with a super dink into the far post.

That improved finishing ability could be the difference as Vinicius looks to take the step up to the next level this season.