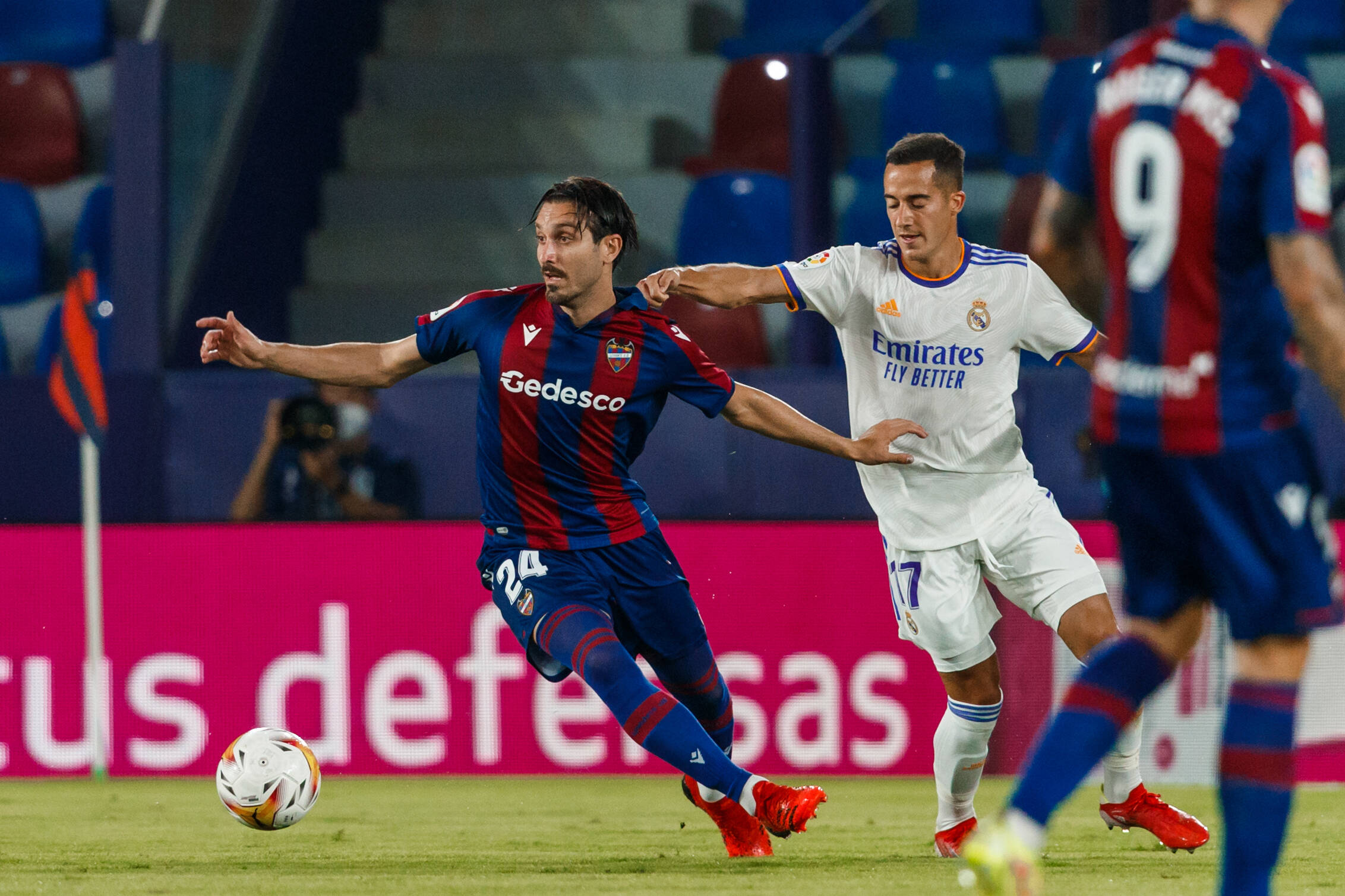 Levante have secured a perfect start to their second half against Real Madrid with the hosts overturning the tie to lead 2-1.

Carlo Ancelotti side have dominated things on the Spanish east coast with Gareth Bale netting his first La Liga goal for Real Madrid since September 2019.

The Welsh international has looked to be edging back to his old self so far in 2021/22 and as David Alaba’s ball released Karim Benzema in behind the home defence Bale delayed his run to fire home the cut back.

But despite bossing the opening 45 minutes, the hosts hit back within seconds of the restart, as some absent Los Blancos defending gave Rogert Marti a free run on goal and he powerfully powered past Thibaut Courtois.

Levante couldn't have hoped for a faster start to the second half than that! 😱

However, that strike was just the start of Levante’s second half revival, as star midfielder Jose Campana’s sweetly struck volley flipped the game on its head on the hour to put them 2-1 in front.

WHAT A HIT…it's Campaña on the volley! 💥

An incredible turnaround for Levante as they now lead 2-1 against Real Madrid 🔥 pic.twitter.com/tsWJMQxTnX