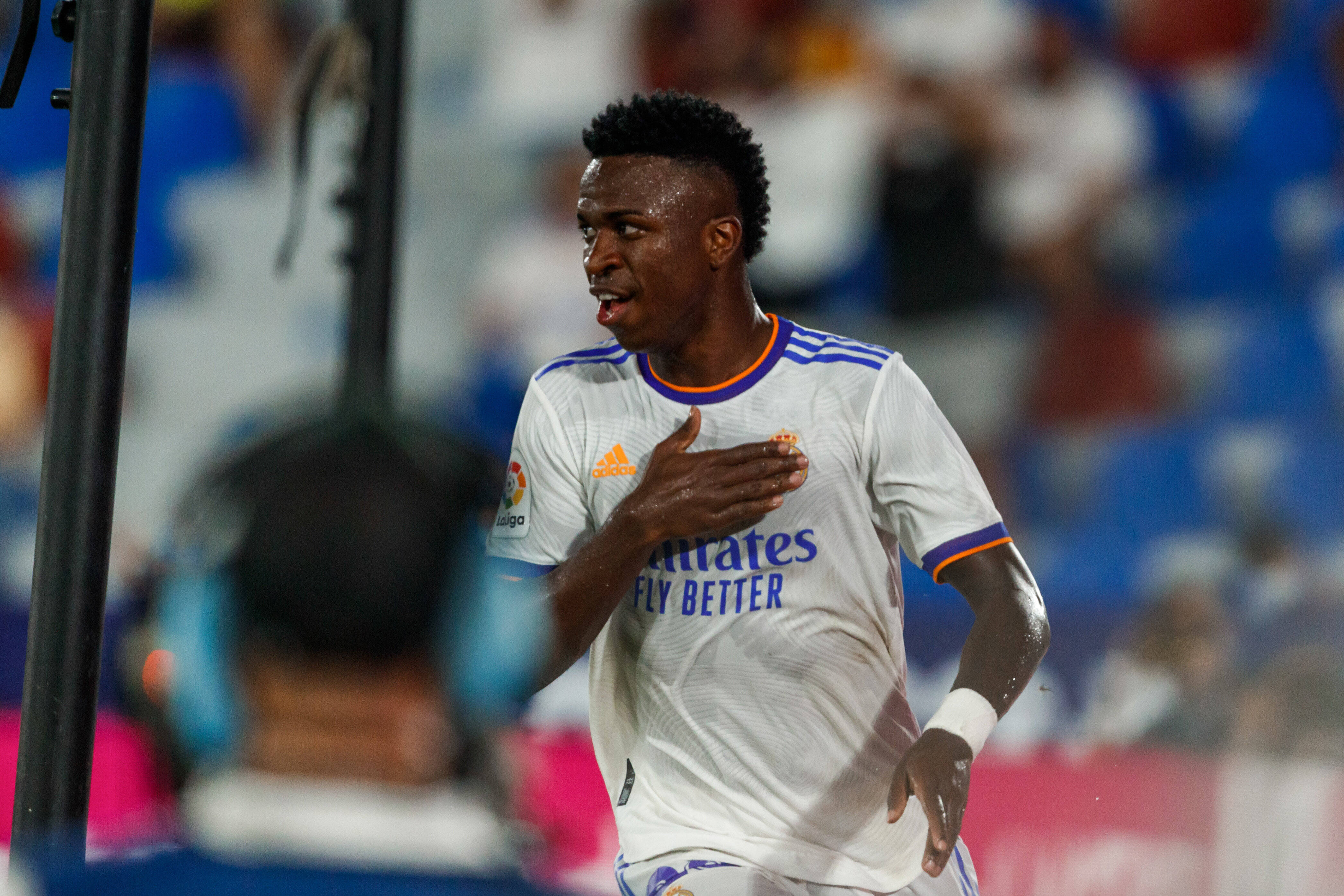 Real Madrid were forced to survive a string of late scares as they snatched a late 3-3 draw at Levante.

Carlo Ancelotti maintains his unbeaten start back in Madrid, but Los Blancos were lucky to avoid defeat at the Estadio Ciutat de Valencia.

Gareth Bale netted his first La Liga goal for Real Madrid since September 2019 as Ancelotti’s side took an early 1-0 lead.

However, the hosts rallied superbly after the restart as a quick fire brace from Roger Marti and star man Jose Campana pushed Paco Lopez’ side into a shock lead on the hour.

Levante couldn't have hoped for a faster start to the second half than that! 😱

WHAT A HIT…it's Campaña on the volley! 💥

An incredible turnaround for Levante as they now lead 2-1 against Real Madrid 🔥 pic.twitter.com/tsWJMQxTnX

But with a potentially embarrassing defeat on the cards for Ancelotti, the Italian coach turned to his bench with substitute Vinicius Junior hauling them back level.

Vini Jr. to the rescue for Real Madrid! ⚪

Ancelotti's men are level again with both sides looking for a winner now in the last 15 minutes 🍿 pic.twitter.com/HrlkMQ7AZ8

As the game entered into its final stages, there were yet more twists at both ends as Rober Pier put Levante back in front before Brazilian star Vinicius buried a spectacular equaliser.

That is absolutely FILTHY from Vinicius! 🤤

An incredible dinked finish in off the post to make it 3-3! 👏

This game is unbelievable! 🔥 pic.twitter.com/ZeBriB2G6k

There was still time for more drama in the dying seconds as home keeper Aitor Fernandez was shown a straight red card with defender Ruben Vezo forced into emergency cover.