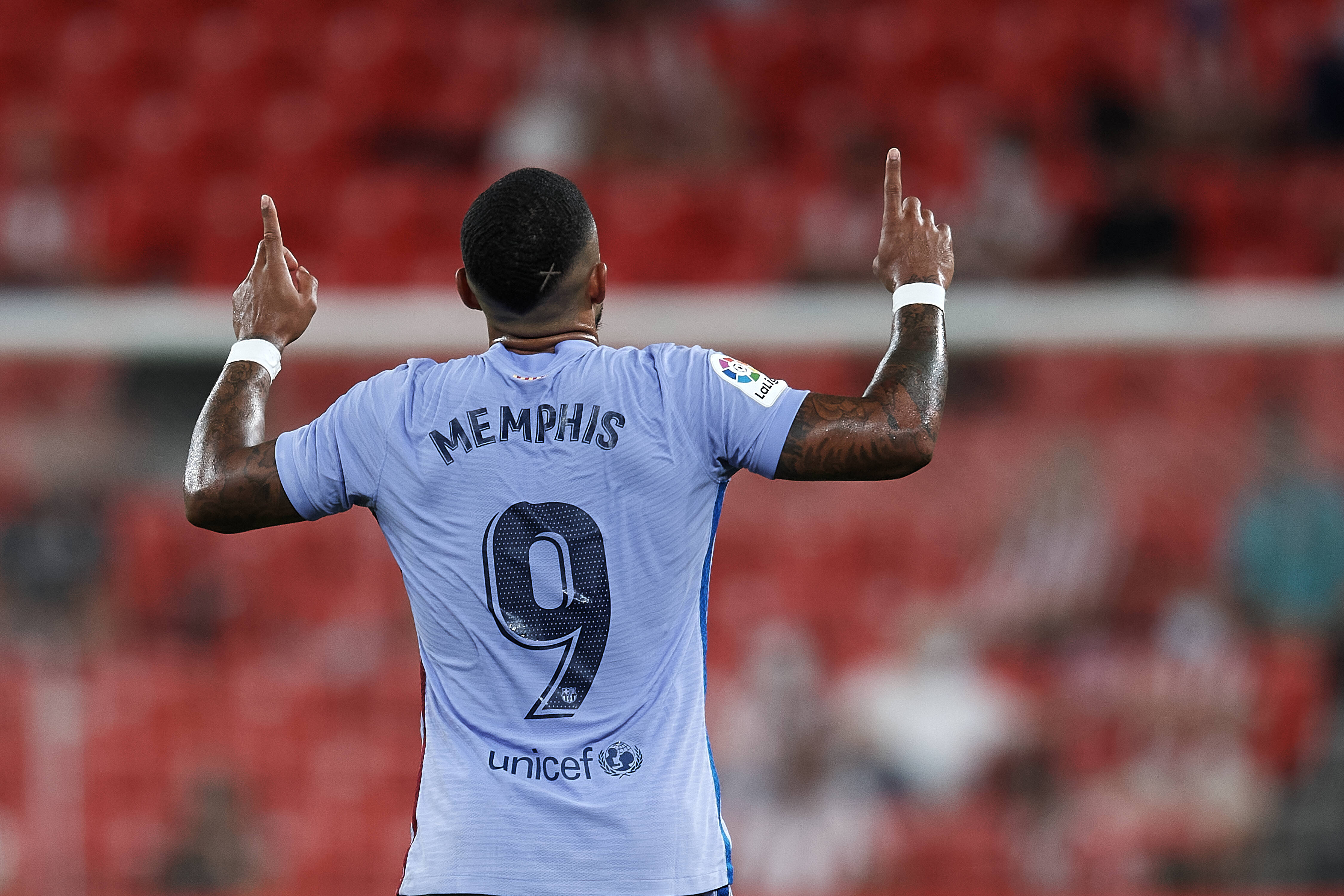 Memphis Depay admits he could not enjoy first Barcelona goal

Memphis Depay says he could not enjoy his first competitive goal for Barcelona.

The Dutch forward scored a screamer in Barca’s 1-1 draw with Athletic Club at San Mames on Saturday night.

The Blaugrana went behind after Iñigo Martinez’s header following a slew of chances for the home side, but Memphis hammered home a half volley with 15 minutes to go.

It was a dream moment for the forward, who signed for Barcelona on a free transfer from Olympique Lyon this summer.

But after the game, he struggled to find the joy from that memorable first goal, caught up in the disappointment of the result, and indeed the performance which left Ronald Koeman‘s men second best for much of the game.

“It’s marvellous to score a goal, but I am disappointed with the result,” he said after the game.

“There are the two faces. I cannot really enjoy my premiere goal because we could not get the three points.

“It was a hard game, but obviously to score my first goal for the club means a lot and I want to get more.”

Barcelona have now won one and drawn one from their first two games, and they face Getafe next up ahead of a key clash with Sevilla the following weekend.