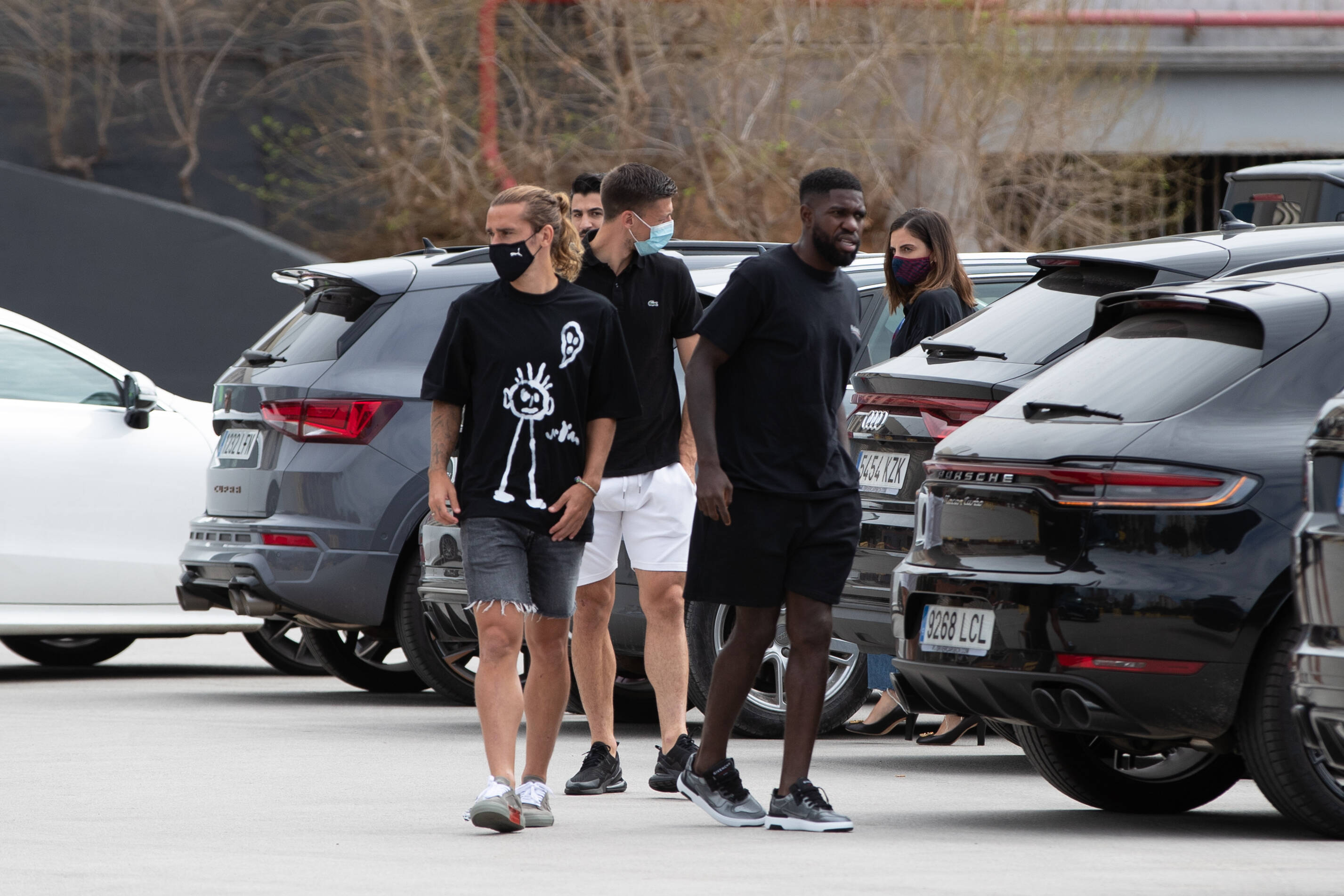 Samuel Umtiti is not taking too much of his Barcelona transfer saga to heart despite criticism from fans.

The centre-back has had a torrid time with injuries in recent years, and despite returning to full fitness this summer, he is one of the players who has been earmarked to be sold as the Blaugrana look to reduce their salary mass.

Umtiti has not been accommodating in Barca’s efforts, refusing to leave unless it is to a team that is challenging for a title.

The centre-back is happy at Barcelona, and indeed with his lucrative contract that he earned a number of years ago.

But some fans feel he is doing wrong by not leaving, and that Umtiti should do right by the club in accepting a transfer.

Though, that’s not to say all fans feel that way, and as reported by Mundo Deportivo, one fan made that clear on Friday.

It’s reported that while Umtiti was leaving Barcelona training, one fan shouted:”You don’t deserve what Barcelona are doing to you.”

And Umtiti is said to have responded to that comment by saying: “Don’t worry, it’s life.”

Umtiti was  left out of Barcelona’s squad for their La Liga opener with Real Sociedad and he will sit out again as they take on Athletic Club today.