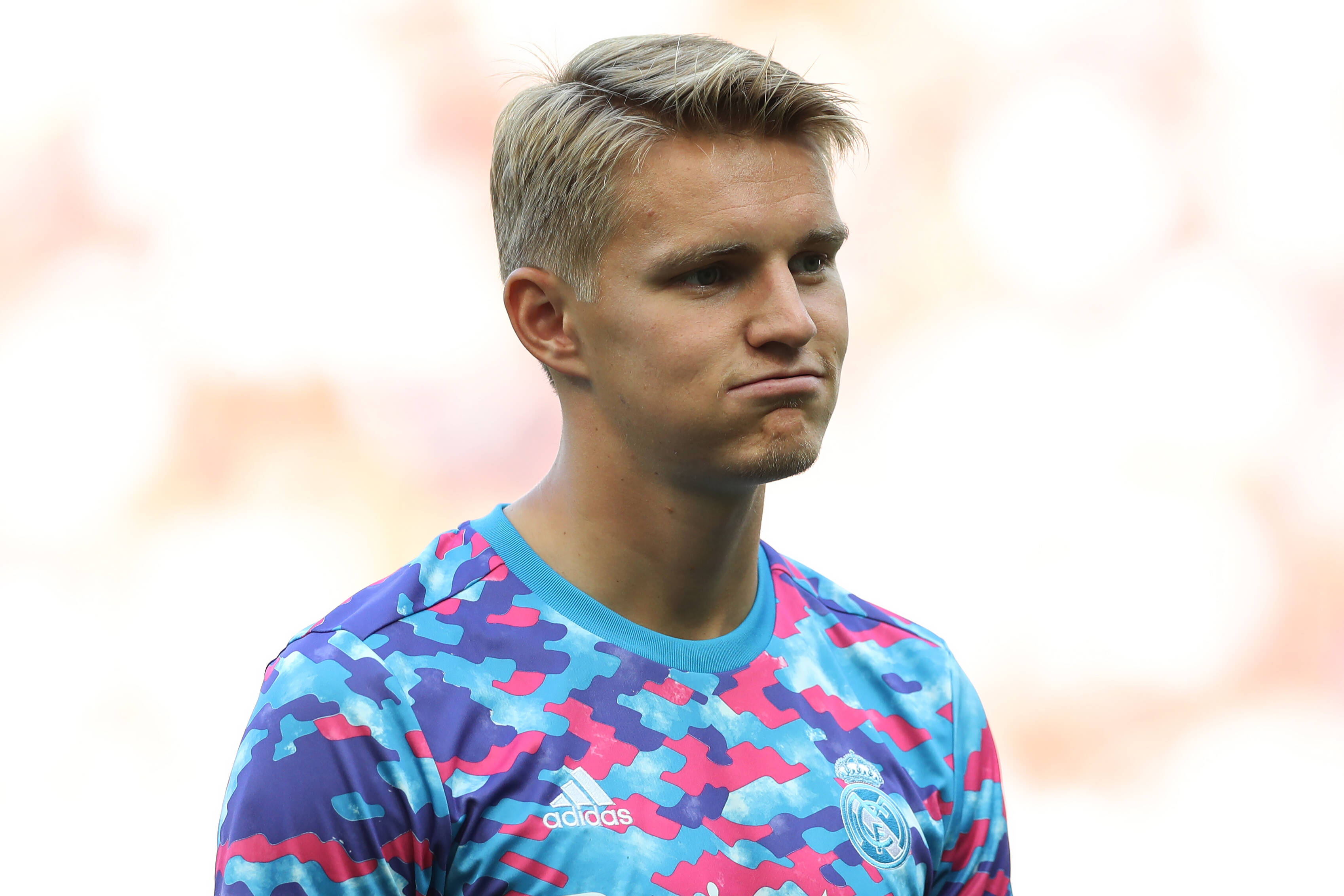 Opinion – Martin Odegaard’s time at Real Madrid has come to an end after six years at the Santiago Bernabeu.

The Norwegian rejoined Arsenal today, this time on a permanent deal, signing on a €40million deal made up of €35million upfront and €5million in add-ons.

This wasn’t how Odegaard dreamt it when he arrived as world football’s next big thing at the age of 16.

In fact, he returned from his last two loan spells still drunk on the dream of becoming a Real Madrid regular.

He was one of the most electric talents in La Liga during his Real Sociedad loan spell in the season before last, and the Basque side wanted to extend his loan, but Real Madrid dragged him back.

Why? Zinedine Zidane believed Odegaard could fight for a place in his team, but come January, the midfielder was demanding another loan spell having been given just three La Liga starts in the first half of the season.

Zidane felt Odegaard should have fought for his place, while the young midfielder felt let down having missed out on the chance to continue his fine spell with La Real.

Odegaard would join Arsenal on loan in January, and he didn’t reach the heights he managed in the Basque country, but he did do enough to impress the Gunners, so much so that they made him one of his priorities for this summer.

But again, it was back to Real Madrid for the Norwegian, who again spoke of his dreams of playing for Real Madrid, dreams that were reinvigorated by the return of Carlo Ancelotti, the man who brought him to the Spanish capital.

He said quite clearly ahead of his Los Blancos return: “Real Madrid will always be a dream.”

This time, it was supposed to be different, but come matchday one in La Liga, Odegaard was left unregistered.

Ancelotti felt and feels that he has better options between Luka Modric, Toni Kroos, Fede Valverde and even Isco.

And from there, it was just a matter of days before Odegaard was snapped up by Arsenal, this time on a permanent deal.

It wasn’t supposed to end like this, with just eight La Liga appearances in six years, not in the dreams of the 22-year-old midfielder, but it simply has to.

Odegaard could not have a fifth loan spell with less than two years remaining on his contract, and nor could he have suffered through being let down again by Los Blancos.

And perhaps it’s true that Ancelotti has better options, Odegaard’s exit is not on the Italian, who has to pick what he feels is the best team.

That club is Arsenal, a team who adored him last season and one that has pursued him throughout this summer.

It’s a step down, without doubt, it’s even a step away from European football amid Arsenal’s failure to qualify for any of this season’s European competitions.

But given Real Madrid have done what is best for the club, what gives them the best chance of success regardless of the impact it has had on Odegaard’s development over recent years, the Norwegian is finally doing what is best for him.

And hats off to him for making that decision, for being wise enough to stop chasing that elusive Los Blancos dream for the sake of his development as an ultra-talented young footballer.