Real Betis have announced the signing of Argentine international German Pezzella from Fiorentina in unique style. The Andalusian club released a video showing Aitor Ruibal drive to the Benito Villamarin in the fashion of a Grand Theft Auto character, before meeting (another Argentine) Guido Rodriguez at the stadium, where they presented Pezzella with his new shirt.

It’s not that new, of course. Pezzella has already played for Los Verdiblancos, representing the Seville club between 2015 and 2018 before leaving for Italy and Fiorentina. Aside from those two clubs, the centre-back has also played for River Plate, the club he broke through as a professional with. 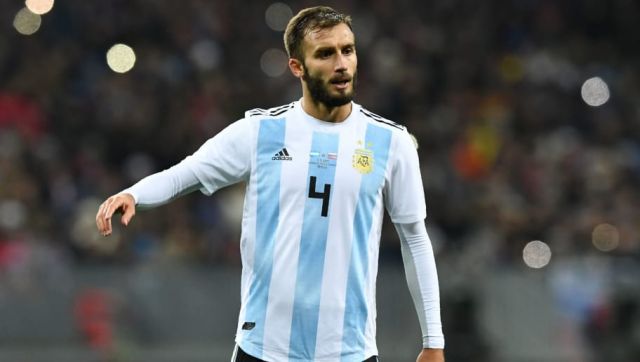 Pezzella was part of the Argentina squad to win the Copa America over the summer, beating Brazil 1-0 in the final in Rio de Janeiro. Betis finished sixth last season, qualifying for the Europa League. They’ll hope to press on this year and try to cut the distance between themselves and their great city rivals, Sevilla.