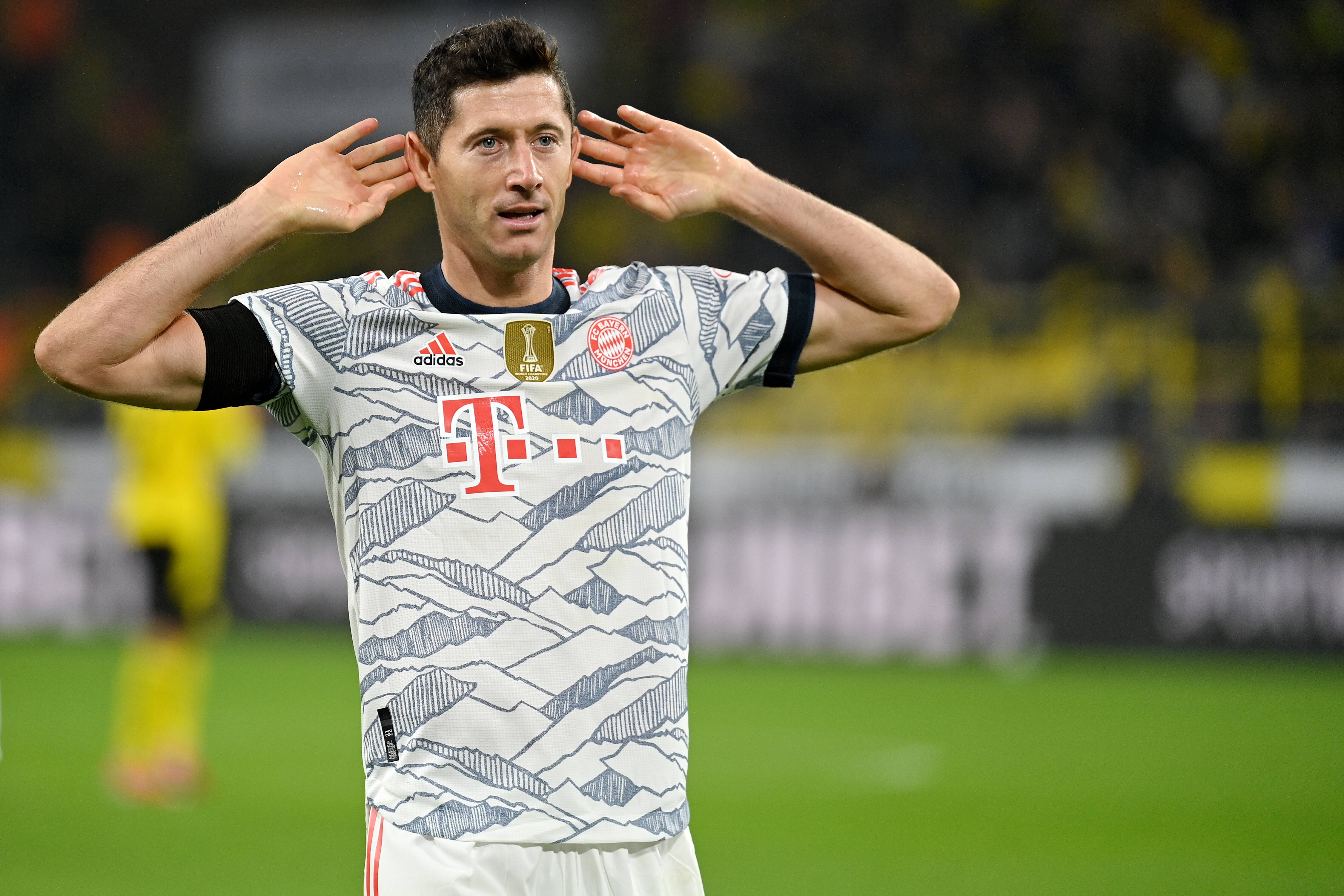 One of Europe’s best strikers could be set to enter the transfer market amid Real Madrid’s search for a frontman.

Los Blancos are in the hunt for a striker either this summer or next, though Kylian Mbappe is their man.

But in the midst of their attempts, one of Europe’s top striker is set to become available.

Lewandowski has been at Bayern since 2014, scoring 204 times in 220 league appearances.

And it’s now reported he wants to try something new at the age of 32, and he turns 33 on Saturday.

The problem is that Bayern are said to want as much as £100million for their treasured frontman, despite his age.

That’s likely to put most teams off given Mbappe could be on the market for free next summer, while Borussia Dortmund superstar Erling Haaland has a release clause of around €75million that kicks in next term.

The report does add that Lewandowski is ‘happy’ at Bayern, but he does prefer the idea of trying something different as he heads down the back-end of his career.