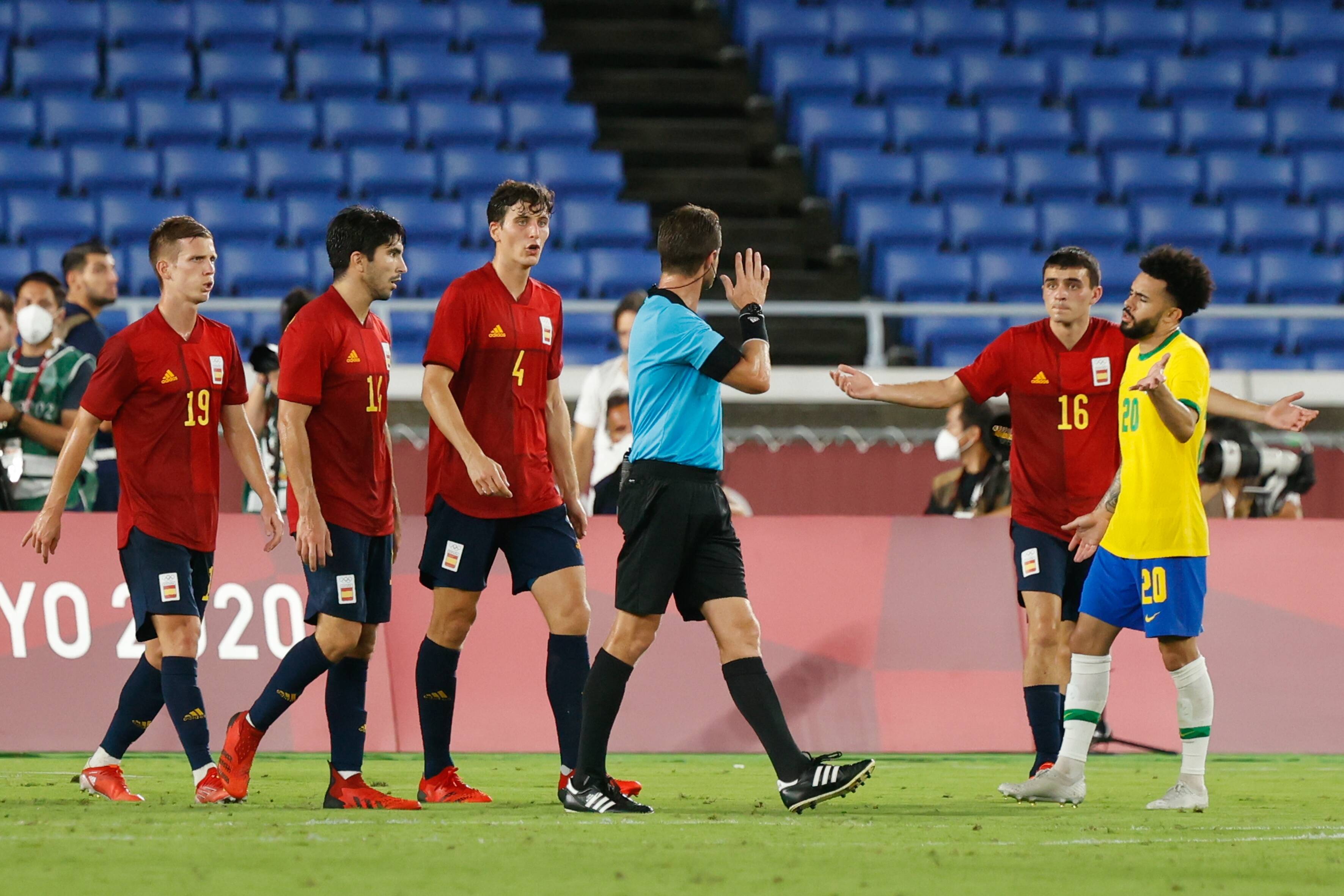 Luis Enrique is not set to give any rest to some of Spain’s most overused young talent.

Much has been made of the game time given to Barcelona midfielder Pedri and Villarreal defender Pau Torres last season.

Pedri, at the age of 18, played more games than anyone else in Europe last season, featuring regularly in a long season for Barcelona before jetting off to Euro 2020 with Spain.

The midfielder then flew to Tokyo to play at the Olympics, and he is now back with Barcelona for the new season.

It’s a similar story for 24-year-old Torres, who played more minutes than anyone last season.

The centre-back was a stalwart for Villarreal last season, winning the Europa League with his local team before also representing Spain at the Euros and Olympics.

Torres then went straight from the Olympics to the Super Cup, where he played for Villarreal just days after the Olympics final, which was his third consecutive extra-time appearance.

Fortunately for Torres, Villarreal have given him the rest of the month off after the Super Cup, recognising his need for rest ahead of the new season.

But it seems his holidays won’t extend into the September.

That’s because, according to Marca, Luis Enrique will call both Pedri and Pau Torres up to the Spain squad for La Roja’s World Cup qualifiers with Sweden, Georgia and Kosovo.

Spain will play three games in six days during that international period, and it seems there will once again be no respite for some of those talents who have played an enormous amount of football.

And that also includes Dani Olmo and Mikel Oyarzabal who also played in long club seasons before heading off to the Euros and Olympics.