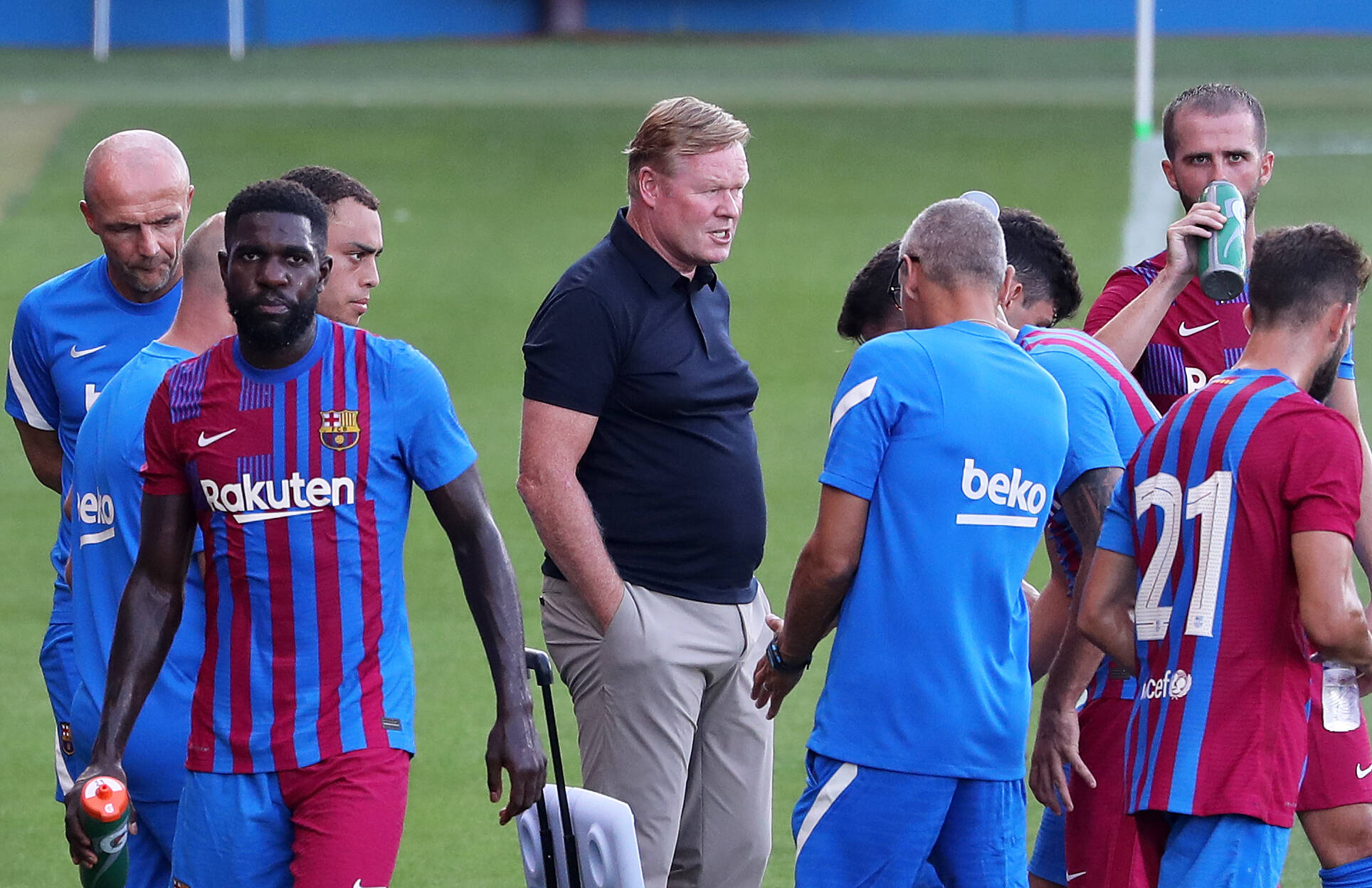 Barcelona have just two weeks to complete their objective of getting rid of three senior players.

The Blaugrana are still trying to reduce their salary mass despite the departure of Lionel Messi.

Even with Messi‘s departure and the passing on of his mammoth salary to PSG, Barcelona’s salary mass is somewhere around 95% of their income.

The required rate is somewhere between 60-70%, meaning Barcelona still have an uphill task to get their wage bill on an even keel.

And the job is a particularly tough one due to the time constraints they currently face, the summer transfer window set to shut in just two weeks, on September 1.

Before then, Barcelona want to ship three players out, according to Diario AS, who say Samuel Umtiti, Martin Braithwaite and Miralem Pjanic are all on the chopping block.

In Umtiti’s case, he does not want to leave the club unless it is for a title-contending club elsewhere, limiting Barcelona’s options.

Meanwhile, Braithwaite would also prefer to stay, and he is doing a job, to his credit, scoring twice in Barcelona’s opening weekend win over Real Sociedad.

Pjanic on the other hand, seems rather willing to leave, but Barcelona do have a difficult task in offloading the midfielder with somewhere around £60million in amortisation payments still reportedly remaining following his transfer in 2020.