James Rodriguez want to leave Everton. That much is clear. The Colombian isn’t interested in plying his trade on Merseyside now that Carlo Ancelotti has up and left for Real Madrid. In recent hours, as noted by Marca, Atletico Madrid have emerged as a possible contender to take the playmaker away from England.

James posted a selfie on Twitter with the caption: “Never stop believing”. It was accompanied by two emojis, a smiley face and an arrow indicating something was going to happen soon. Given that the phrase is emblematic of Atletico, many believe he’s dropping a hint, or a wink as they say in Spain, that a move to the Wanda Metropolitano could be about to happen. 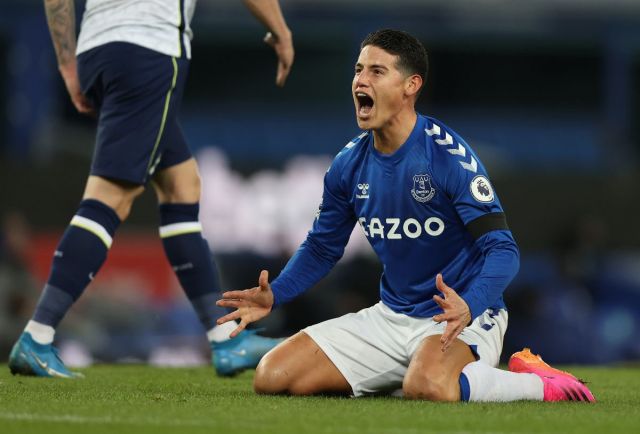 Several Atletico supporters aren’t overly enamoured by the idea of the mercurial Colombian rocking up on their side of town. He joined Everton from Madrid, after all, and hasn’t been anywhere near his best for several seasons. Rafael Benitez, Carletto’s successor at Goodison Park, is said to believe he isn’t worth the exorbitant wages he’s currently earning. How he’d fare under the notoriously demanding Diego Simeone is unknown.