Martin Braithwaite: “I do my talking on the pitch”

Some people like to talk. I do my talking on the pitch ⚽️ pic.twitter.com/8n9VCdB87V

Martin Braithwaite then scored a brace to send the blaugrana clear, only for La Real to come back into it in the final ten minutes through goals from Julen Lobete Cienfuegos and Mikel Oyarzabal. Sergi Roberto popped up at the death to quell any comeback.

Braithwaite earned the man-of-the-match award for his efforts, significant for him personally. The Danish marksman has been touted in the transfer market all summer, earmarked by the club as a saleable asset in a time of financial need. He even lost his number nine to Memphis, and is now instead wearing 12. 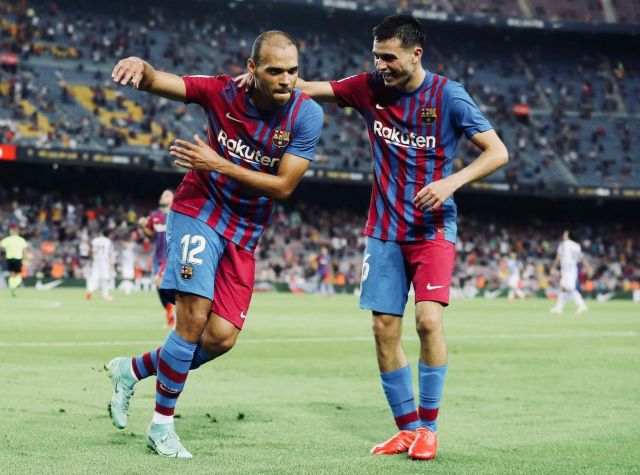 “Some people like to talk,” Braithwaite tweeted on Monday morning. “I do my talking on the pitch.” The Dane competed at Euro 2020 for his country as they made it to the semi-final, and has scored ten goals and contributed five assists in 54 appearances for Barcelona since joining at the beginning of 2020.