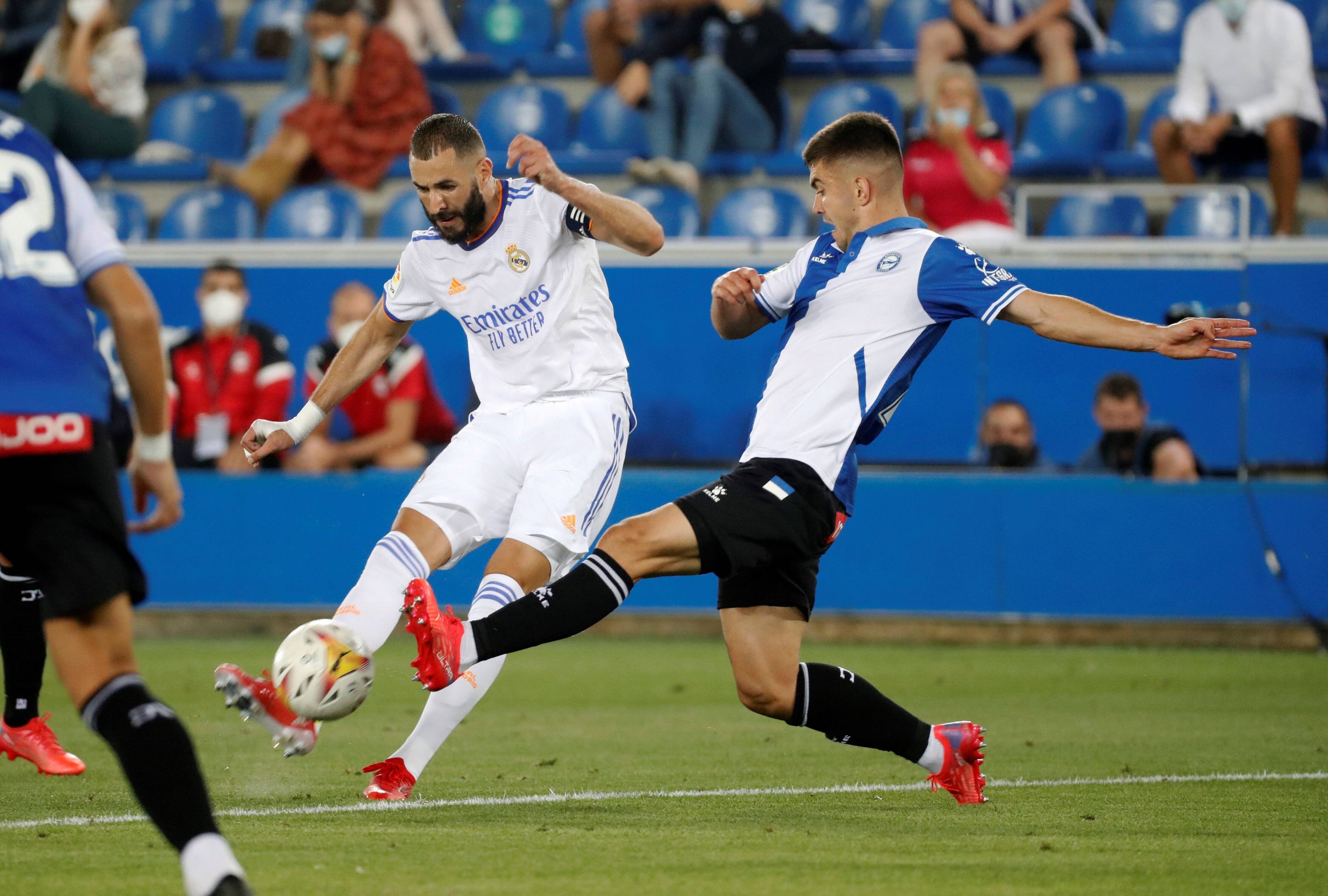 Carlo Ancelotti has kicked off his second stint in charge in the Spanish capital with key returns to the starting line up for Gareth Bale and Eden Hazard.

The visitors struggled to make a consistent impact before the break at the Estadio Mendizorroza with Bale’s long range efforts the closest they came to a breakthrough.

However, despite appearing set for an uphill battle after the restart, French star Benzema popped up with a fantastic breakthrough on 47 minutes.

Lucas Vazquez recycled an overhit cross back into the Alaves box and Hazard’s outrageous flick was smashed home by Benzema.

Karim Benzema is up and running for the new season! 🔥

Eden Hazard's GENIUS flick teed it up and the French international smashed it into the back of the net 😱 pic.twitter.com/5mNpKjXw2A

💥⚽️ GOAL!! And check out the assist from @hazardeden10 😱 @Benzema off the mark and @GarethBale11 involved too. @realmadrid is up and running against @Alaves | #AlavesRealMadrid

The away side have looked to further exert their dominance in the final half hour with defender Nacho Fernandez putting them 2-0 up.

Luka Modric‘s short corner caused problems for the home defence and the Spanish centre back stole in front of his marker to poke home from close range.