Real Sociedad have been dealt an injury blow ahead of their weekend trip to Barcelona with Alexander Isak set to miss out.

La Real kick off their 2021/22 La Liga campaign with a testing trip to Catalonia despite the Catalans still reeling from the exit of Lionel Messi last week.

However, despite the issues facing the home side, reports from Marca claim Isak missed La Real’s final training session ahead of the game due to a muscle injury. 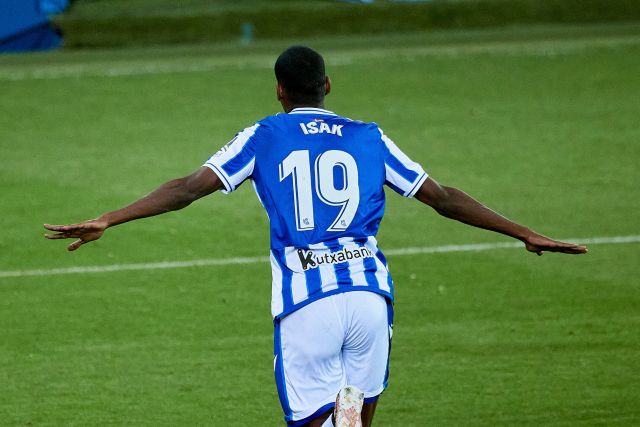 A decision will be made on the Swedish international’s progress in the next 24 hours with Imanol Alguacil prepared to give him until the last minute to prove his fitness.

Isak enjoyed his most prolific season in 2020/21 with 17 goals in league action as La Real secured a place in this season’s Europa League group stages.

If he does miss out, Alguacil will be short of options in attack with strike partner Mikel Oyarzabal set for an extended break following Olympic duty in recent weeks.