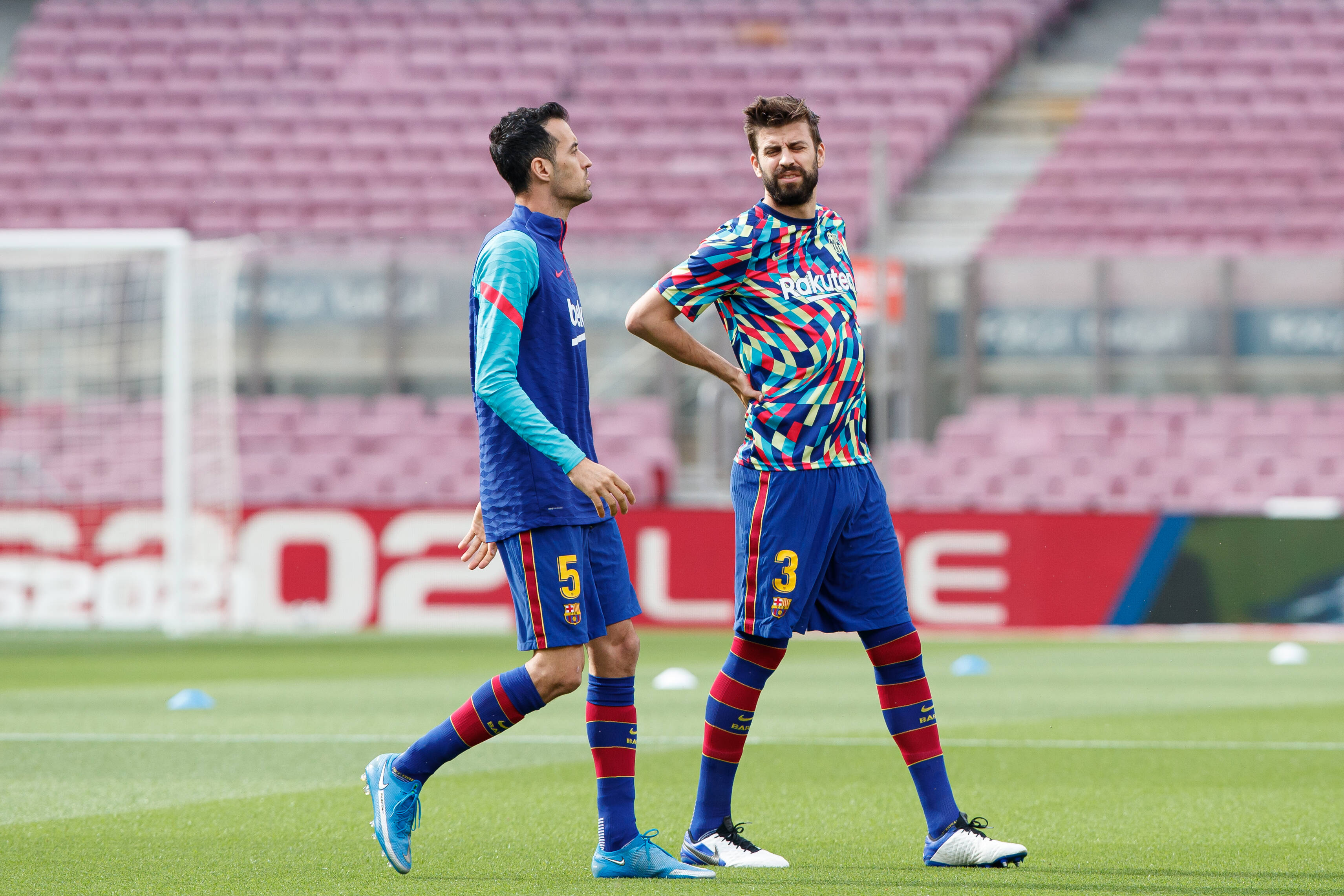 Barcelona have resumed talks with three senior team members in a bid to reduce their salary mass.

The Blaugrana are at 95% salary mass compared to income even after the departure of Lionel Messi, and after they rejected La Liga’s CVC investment deal which would have brought in at least €40million to put towards contracts, they remain in a position where they must reduce their salary bill.

Departures should be the quickest way to solve that problem, but with Barca’s unwanted talent hardly in demand, Barca must find solutions within their current squad.

And according to Mundo Deportivo, talks with Gerard Pique, Jordi Alba and Sergio Busquets have resumed.

Barcelona are hoping to agree revised contracts with the senior trio, reducing their earnings in order to reduce the overall salary mass.

President Joan Laporta has previously said players had been helpful in talks when discussing reduced salaries, but nothing has been agreed just yet with either of Pique, Alba and Busquets, who are being asked to take a big sacrifice, particularly given Barcelona rejected on offer of income from La Liga on Thursday.