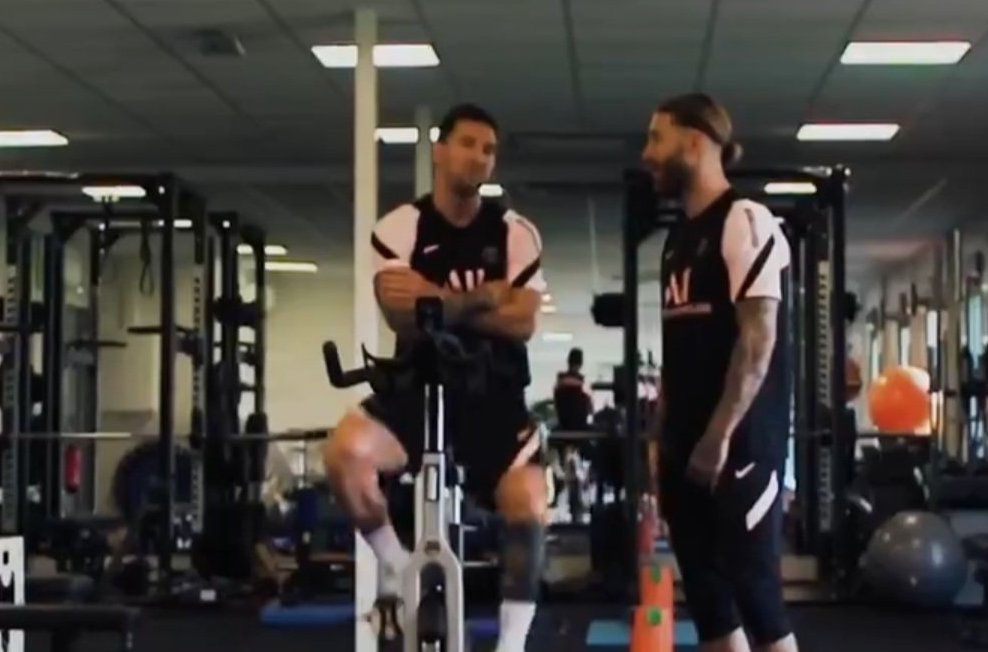 Watch: Lionel Messi shares a hug with Sergio Ramos on his first day at Paris Saint-Germain

It’s a sight every fan of Spanish football will have found bizarre, and upsetting in many ways. Lionel Messi reported for his first day of training at Paris Saint-Germain today, and was greeted by Sergio Ramos in the gym. The pair shared a hug.

Messi and Ramos both joined PSG on free transfers, having captained Barcelona and Real Madrid, respectively, up until last season. They were arch-enemies during their time at Camp Nou and the Santiago Bernabeu, both embodying the values of each club in opposing ways. Messi represented the purity of beautiful football; Ramos represented the sanctity of winning. 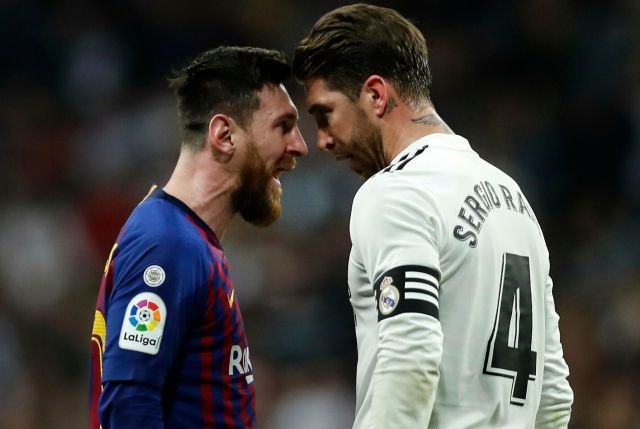 But now they’re together, and it’s a frightening sight for the rest of European football. Ramos is expected to form an indomitable centre-back partnership with Marquinhos, or Presnel Kimpembe if the Brazilian is deployed as a midfielder. Messi will line up beside Neymar and Kylian Mbappe – a madness, as he said himself.