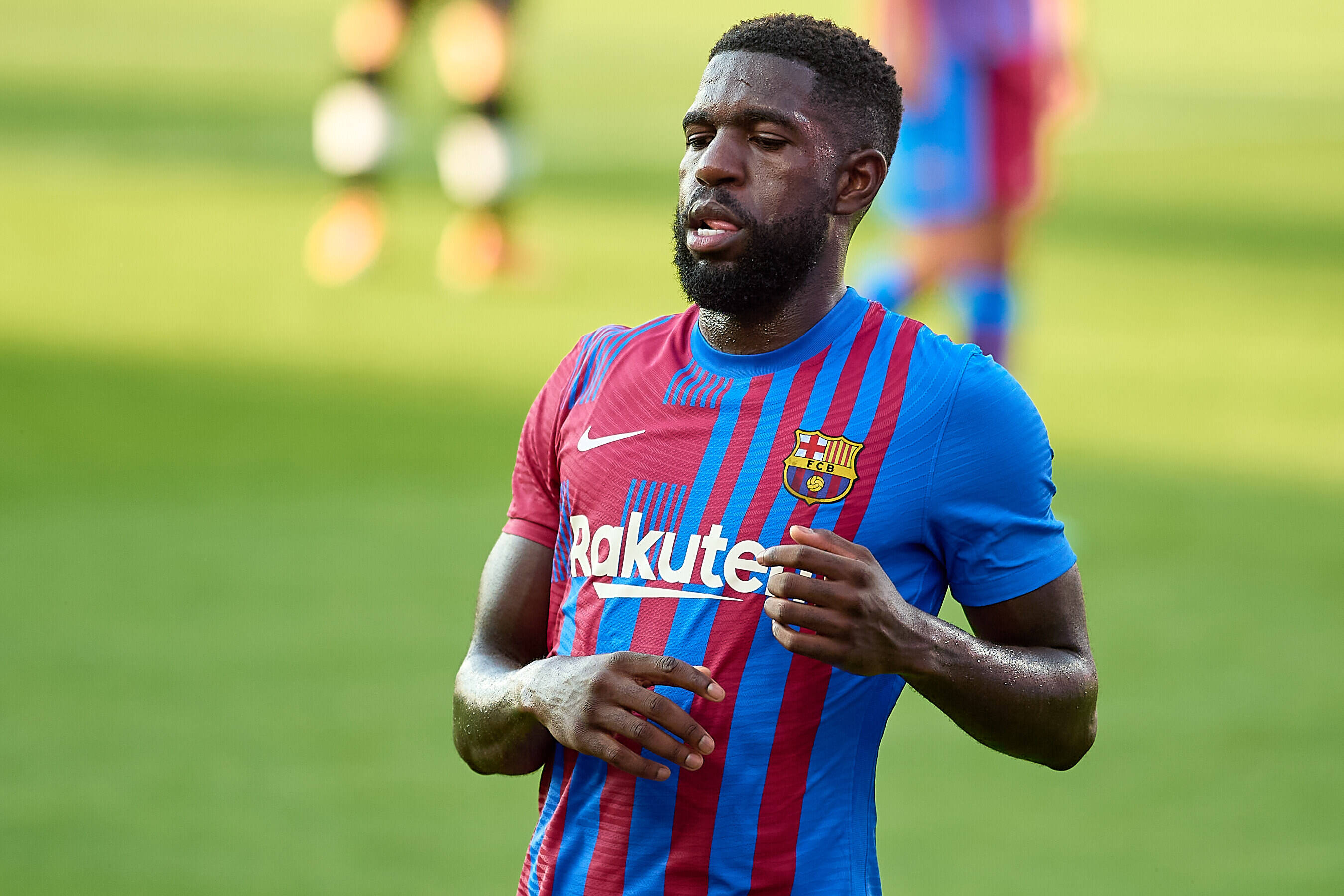 Barcelona could be offered the chance to earn a €10million transfer window ahead of the window shutting at the end of this month.

The Blaugrana are hoping to shift a number of players amid the financial crisis that has played a significant part in the departure of Lionel Messi.

Messi is now a PSG player and that particular boat has sailed, but Barca are still at 95% salary mass, compared to income, and they remain over their La Liga salary cap.

That means new signings Sergio Aguero, Eric Garcia and Memphis Depay remained unregistered with La Liga, while Emerson Royal’s contract has been ratified with the league.

There is hope those players can be registered, but in any case, Barcelona must reduce their salary bill and quickly.

One of the players linked with a move away from club, amid what is almost a fire sale at Camp Nou, is defender Samuel Umtiti.

And according to transfer expert Ekrem Konur, Portuguese giants Benfica have offered €10million for the Frenchman’s services.

🚨🔥#Benfica are set to make an offer to #Barcelona (€10m) for Samuel #Umtiti at the request of Jorge #Jesus.#ForçaBarça#SLBenfica #SLB #SLBSpartak pic.twitter.com/3xeDfmOz6p

That’s an offer Barca will likely consider, if it is true, given Umtiti’s large salary and his troubled injury history.

But they might find it hard to convince Umtiti, who has made it clear that he will only leave the club for a club that is competing for titles.

Benfica will, of course, be among the clubs competing for the Portuguese titles, and indeed domestic cups, but they are not likely to come overly close on the European stage.