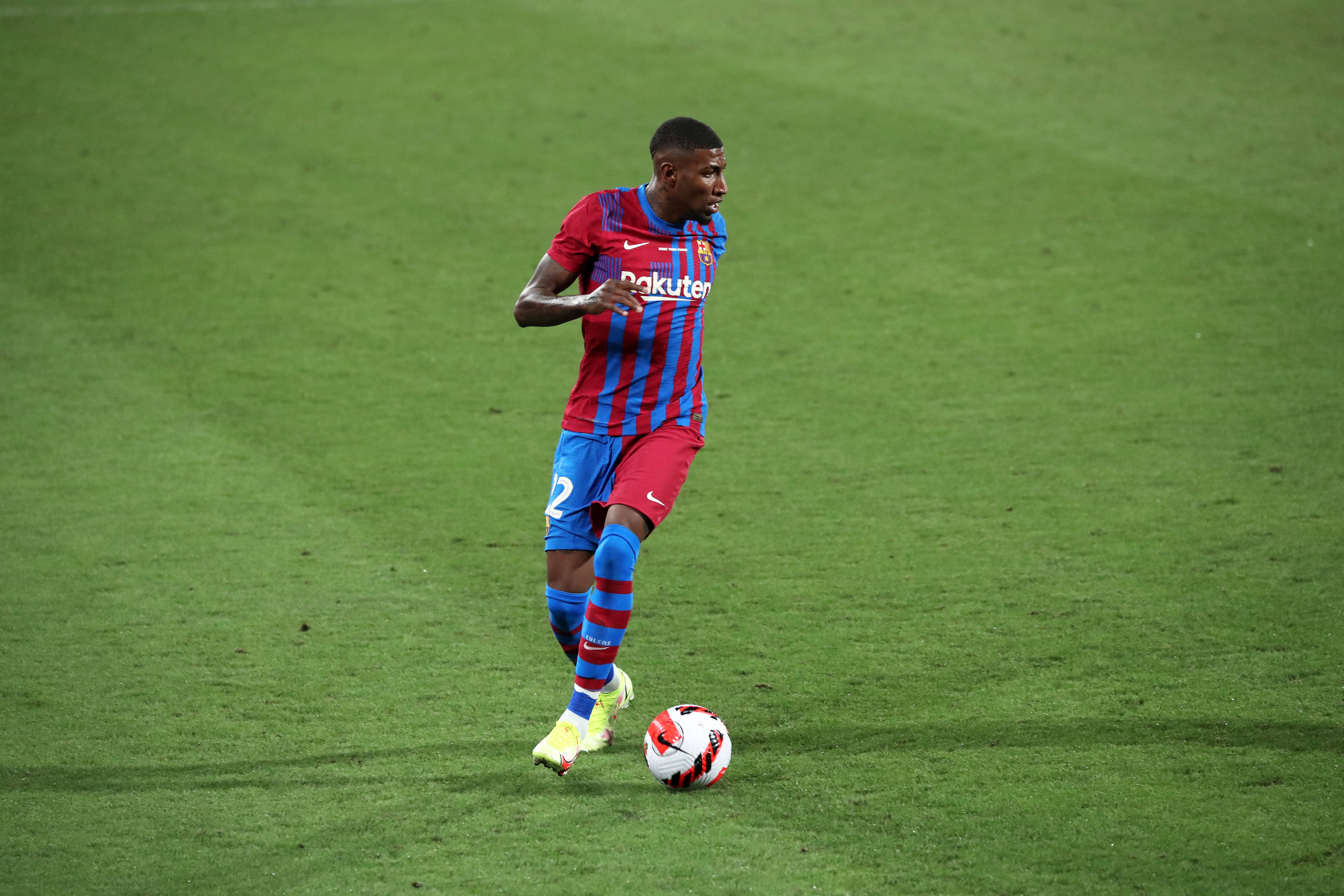 Barcelona have registered the first of their four new signings with La Liga after a long wait.

Amid the departure of Lionel Messi, much has been made of Barcelona’s struggles to register their four new players.

Heading into this week, none of Sergio Aguero, Eric Garcia, Memphis Depay or Emerson Royal had been registered with La Liga despite being signed to contracts.

Barca have not been able to register any new players due to being significantly over their La Liga salary cap.

But the first of those four players has now been registered.

According to Sport, Emerson has been registered with la Liga and is eligible to play in the Blaugrana’s opener with Real Sociedad on Sunday.

According to the report, Emerson was able to be registered because his move to Camp Nou was classified differently as far as to La Liga were concerned.

That’s because Barcelona held roughly half of the ownership rights in the full-back, along with Real Betis, so he was always – at least in part – a Barcelona player since his 2019 move from Atletico Mineiro, despite the fact the Blaugrana had to pay €9million to take complete ownership this summer.

That technicality has allowed Barcelona to register Emerson, and it’s a big boost for Ronald Koeman heading into a tough opening game with La Real this weekend.

Meanwhile, Memphis, Garcia and Aguero will continue their wait, though Barca have until Friday to register the players to ensure they are eligible to play this weekend.

Though, there is less rush in the case of Aguero, who is out with injury for around 10 weeks.