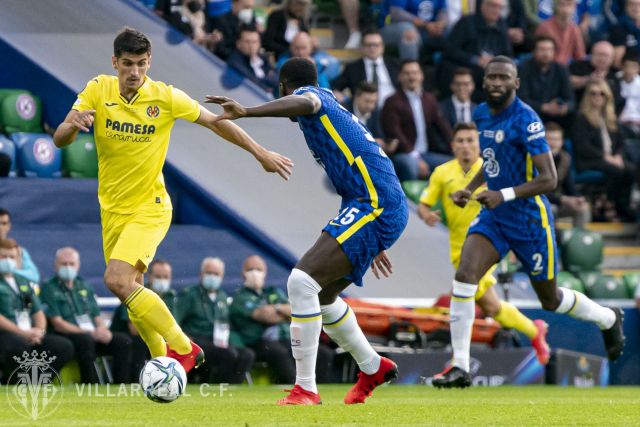 Chelsea chose a 3-4-2-1. Edouard Mendy started in goal, behind a back three of Kurt Zouma, Nathaniel Chalobah and Antonio Rudiger. Calum Hudson-Odoi, N’Golo Kante, Mateo Kovacic and Marcos Alonso played in midfield, with Hakim Ziyech and Kai Havertz as the two inside forwards. Timo Werner led the line.

Unai Emery set his Villarreal team up in a 4-4-2 formation. Sergi Asenjo started in goal, behind a back four of Juan Foyth, Raul Albiol, Pau Torres and Antonio Pedraza. Yeremi Pino, Etienne Capoue, Manu Trigueros and Alberto Moreno populated the midfield, while Gerard Moreno and Boulaye Dia led the line.

It was Chelsea that took the lead a couple minutes shy of the half-hour mark, through Ziyech. Havertz did superbly down the left side before squaring the ball tantalisingly for the Moroccan, who made no mistake with a cool, calm and collected low finish.