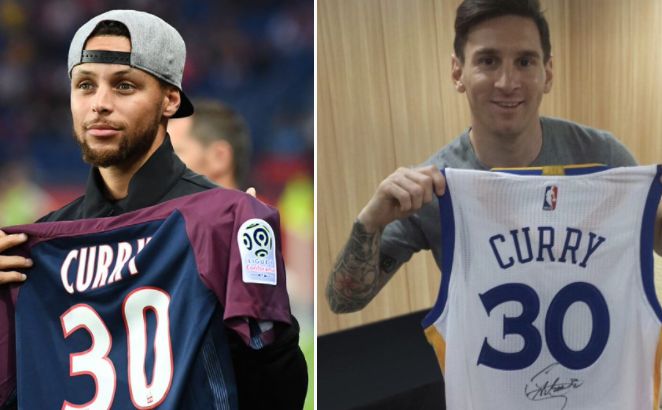 NBA superstar Steph Curry has reached out to Lionel Messi following his move to Paris Saint-Germain.

The Argentine superstar was pictured in the French capital throughout the day before the confirmation finally arrived from PSG.

And he is set to give his first press conference this morning as a PSG player at around 11am Spanish time.

But in the meantime, one of Messi’s Basketball heroes has reached out on Twitter.

Golden State Warriors point guard Curry has previously been pictured holding a PSG jersey with his name and number 30 on, while Messi has also been snapped in the past holding a Curry vest.

Messi has some good taste I see. Good luck at PSG my guy 🙏🏽 pic.twitter.com/7Lj6S0tevb

And now that Messi has taken the number 30 at PSG, the famed NBA star posted both pictures to Twitter, saying: “Messi has some good taste I see. Good luck at PSG my guy.”

That will no doubt go down well with Messi, who is a big fan of basketball, and indeed Curry.