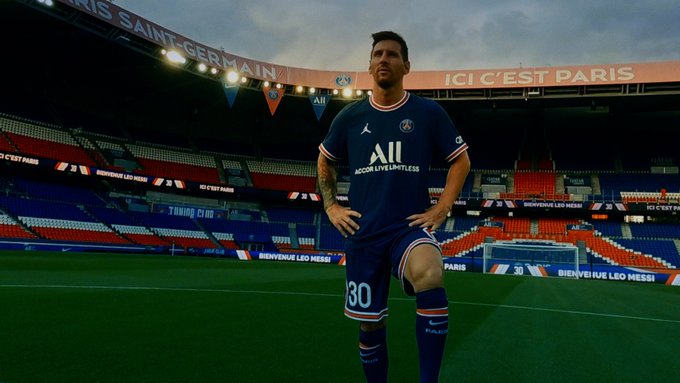 Messi was welcomed like royalty when he arrived in the French capital, greeting a delighted multitude who gathered for him as if he was a king. Whizzing around the city in an ample motorcade and with a heavy police presence, one observer tweeted that the Argentine was “moving around Paris like he’s the president of the United States”. It was the same story outside his hotel in the centre of the city, with the streets thronged with fans in full voice hoping to catch a glimpse of their soon-to-be-new signing.

He, Antonella and their three children also waved at fans from their balcony once they’d checked into the Hotel Monceau. They’re expected to stay there until they find a house in the city. He then made his way over to his new theatre, the Parc des Princes, to change into his gear and take to the field; PSG released the official unveiling video, a dramatic number, at around 21:15 GMT. He’ll wear the number 30, the number he wore first at Barcelona, and leave Neymar keep his number ten.