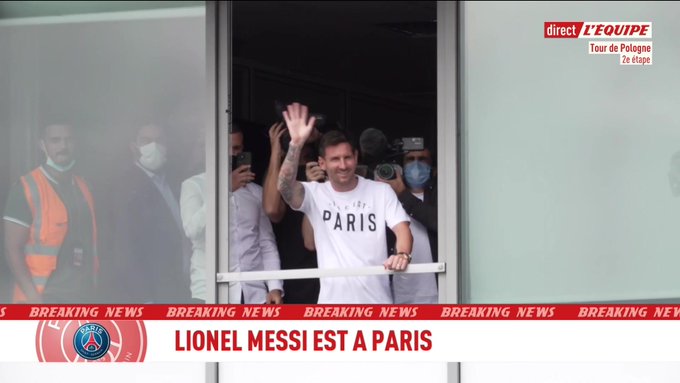 Watch: Lionel Messi welcomed like a king upon his arrival in Paris

Messi will sign a two-year contract according to Fabrizio Romano, with the option to extend until June 2024. He’ll be paid €35m net per season including add-ons. It’s a move that’s sent shockwaves through the European game, undoubtedly the story of the summer if not the story of the entire year. Messi was welcomed like royalty when he arrived in the French capital, greeting a delighted multitude who gathered for him as if he was a king.

The emotion, on both sides of this transfer, is something else. People forget that Paris Saint-German have a passionate support that historically stems from the banlieus. Lionel Messi, even at 34, is utterly unrivalled. pic.twitter.com/36oGxTUlcZ