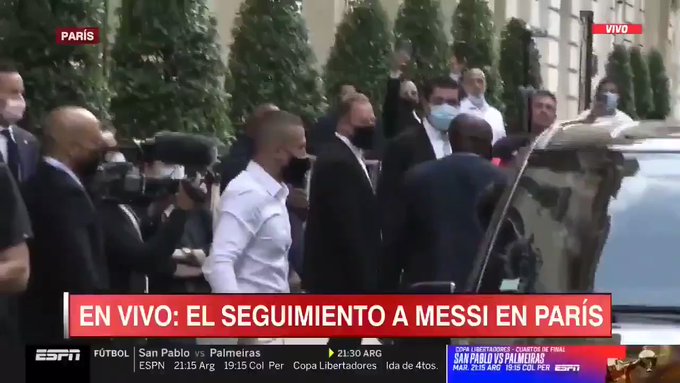 Watch: Lionel Messi arrives at his Parisian hotel to streets thronged with fans in full voice

Messi was welcomed like royalty when he arrived in the French capital, greeting a delighted multitude who gathered for him as if he was a king. It was the same story outside his hotel in the centre of the city, with the streets thronged with fans in full voice hoping to catch a glimpse of their soon-to-be-new signing. He then made his way over to his new theatre, the Parc des Princes, for his presentation, which is expected later this evening.