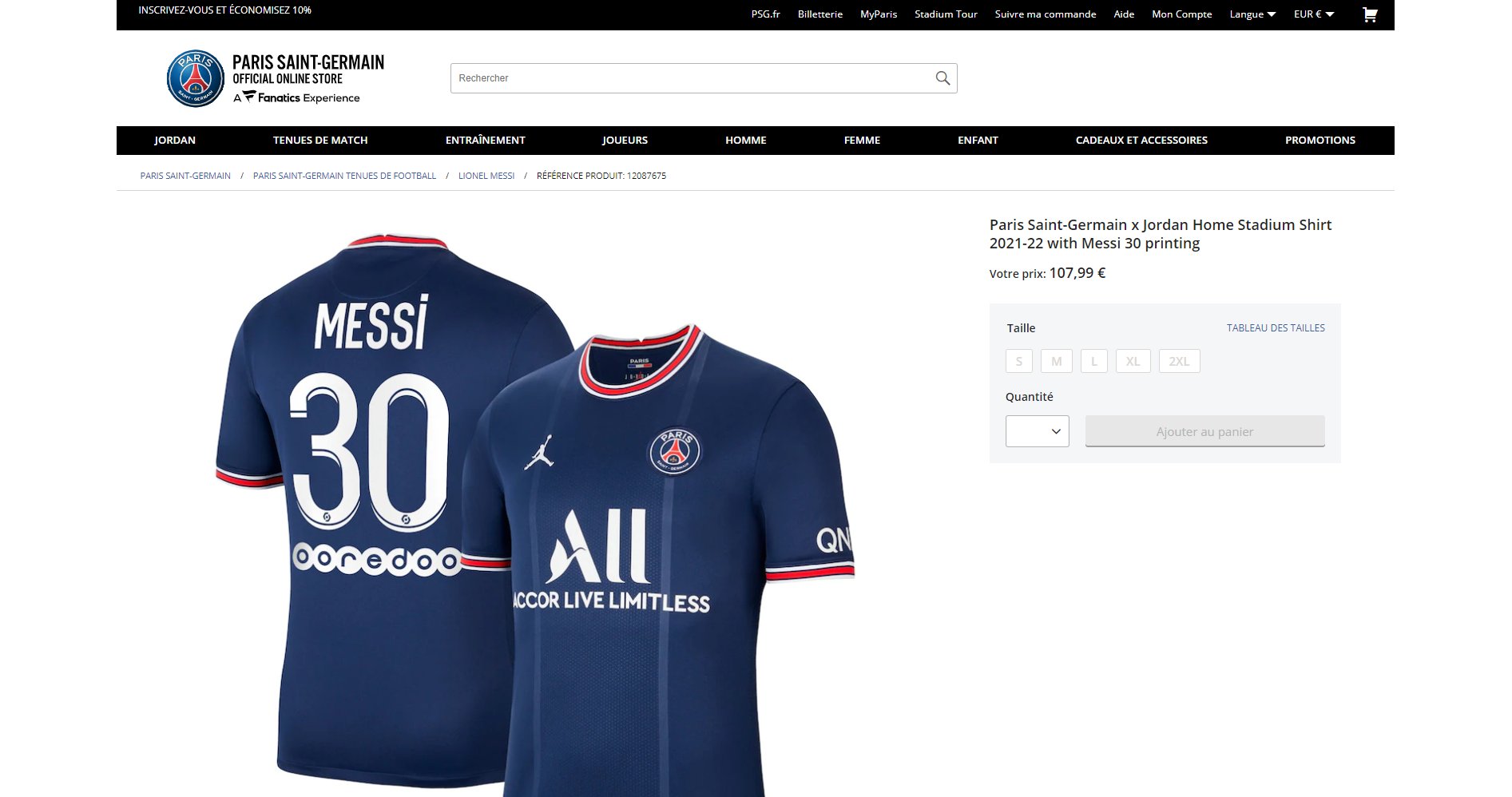 The PSG shirt with "MESSI 30" on the back is SOLD OUT on PSG's official web shop. That has to be a record time, surely … pic.twitter.com/ejVBYqmyCn

He, Antonella and their three children also waved at fans from their balcony once they’d checked into the Hotel Monceau. They’re expected to stay there until they find a house in the city. He then made his way over to his new theatre, the Parc des Princes, to change into his gear and take to the field.

PSG released the official unveiling video, a dramatic number, at around 21:15 GMT. He’ll wear the number 30, the number he wore first at Barcelona, and allow Neymar to keep his number ten. According to Jonas Adnan Giaever, Messi’s new shirt was sold out on PSG’s official online store by 21:45, remarkably just a half-hour after his signature was made official.