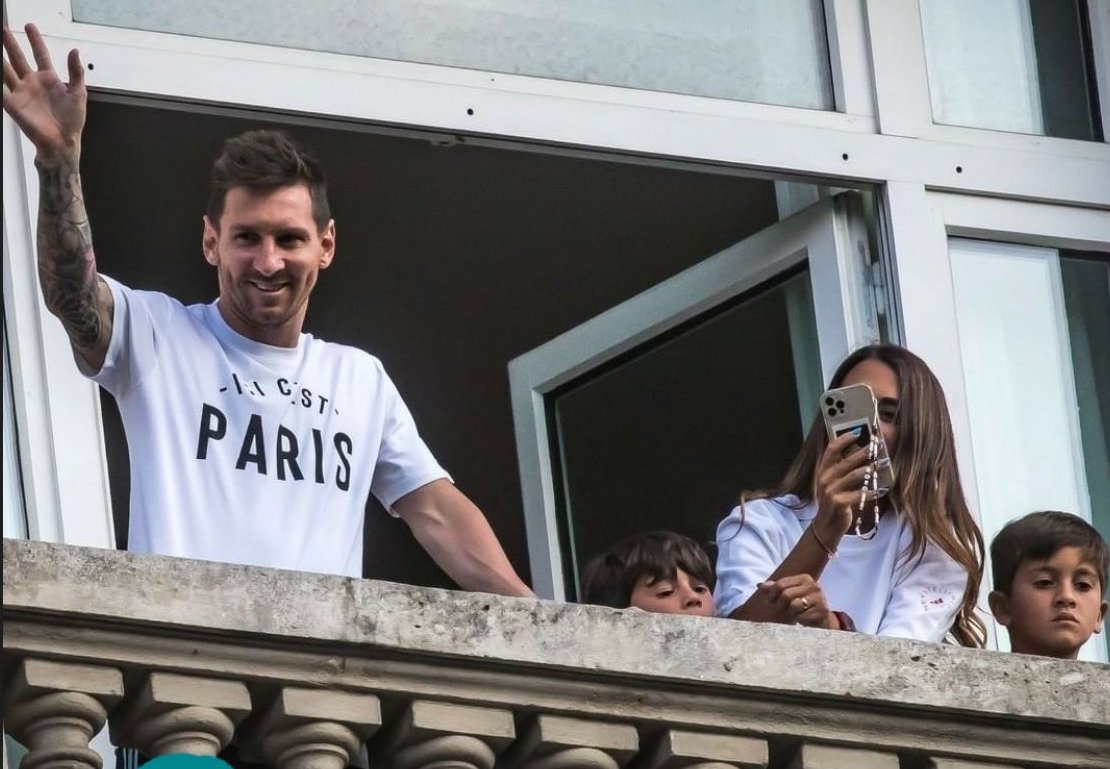 He, Antonella and their three children also waved at the fans from their balcony once they’d checked into the Hotel Monceau. They’re expected to stay there until they find a house in the city. He then made his way over to his new theatre, the Parc des Princes, for his presentation, which is expected later this evening.

His move to PSG won’t affect his international commitments by any means.  First off, he was spotted wearing a pair of Argentina shorts while greeting fans from the balcony. Then, TyC Sports, reported by Roy Nemer, claimed that Messi has a clause inserted into his soon-to-be-signed PSG contract assuring that the Argentine national team would be his priority when it came to playing official matches and friendlies. Argentina’s staff will also have access to PSG’s facilities according to the terms. Messi isn’t done yet; he’s going for the 2022 World Cup with all his might.