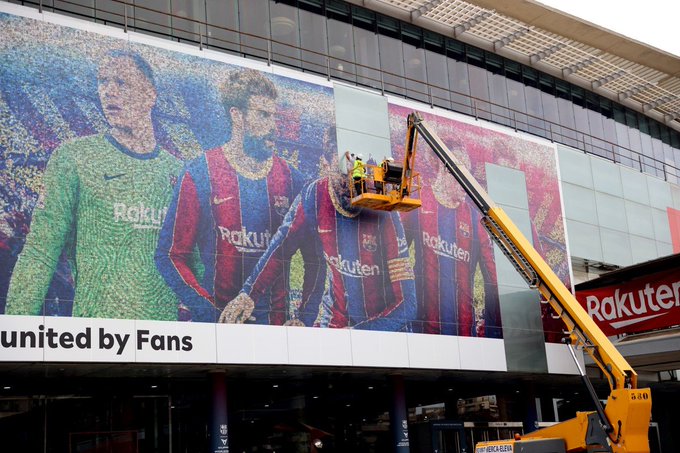 Messi's connection to the club slowly being erased pic.twitter.com/HTkBTelWvO

Back in Catalonia, however, the post-Messi era has already begun. The Blaugrana beat Juventus 3-0 at the weekend in the Joan Gamper Trophy at the Estadi Johan Cruyff, and begin their La Liga campaign against Real Sociedad this weekend. On Tuesday, images showing the club removing last season’s images – including Messi – from Camp Nou served as powerful symbolism.