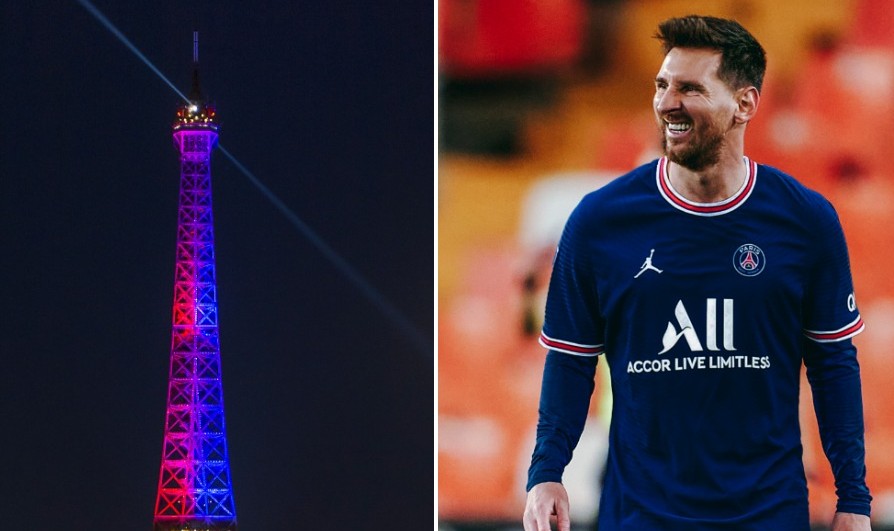 Ligue 1 giants PSG are rumoured to be planning an Eiffel Tower light show to confirm the arrival of Lionel Messi.

The French superpower are widely reported to be the front runners to complete a free transfer move for Messi following his high profile exit from Barcelona last week.

Messi’s representatives are due to meet with PSG officials in the coming days to confirm the final details of his contract in the French capital.

According to reports from ESPN journalist Julien Laurens the club are already making plans for Messi’s arrival into their team of superstars.

PSG will unveil Lionel Messi at the Eiffel Tower in the coming days, sources have told @LaurensJulien 🇫🇷 pic.twitter.com/FCZhTNLz6H

The report claims PSG will welcome Messi to Paris with an unveiling ceremony beamed onto the iconic Eiffel Tower and out into the city, similar to that of Neymar‘s arrival in 2017.

Neymar joined the Parisians in a world record €222m move from Barcelona in 2017 and the Brazilian is rumoured to be a key driving force behind PSG’s push for Messi.