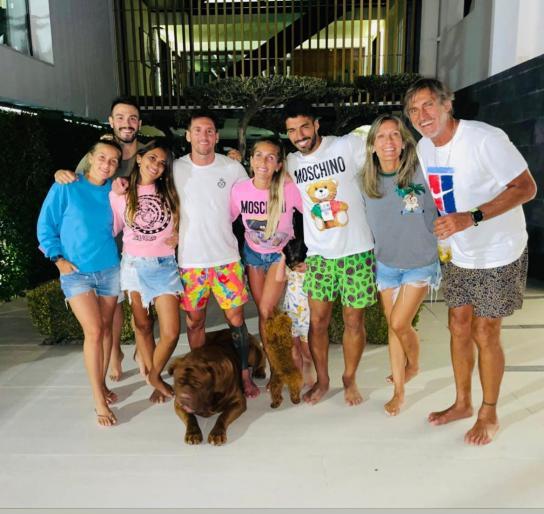 It was confirmed on Thursday night that Messi would not continue at Barcelona despite agreeing a new contract three weeks ago.

And on Sunday, Barcelona fans watched the haunting images of their beloved superstar tearing up in his goodbye press conference.

Though, not all goodbyes have to be teary ones, and it was nice to see Messi’s former Barcelona teammate Suarez rock up in Barcelona on Sunday.

Images emerged on Instagram of the Messi and Suarez family convening at the Messi home.

Suarez travelled to Barcelona to say goodbye to his close friend before Messi heads to wherever he is going next – likely Paris.

Messi and Suarez struck up a close friendship during their time together at Camp Nou, as did their families.

And it was smiles all-round as the two families shared a picture and, no doubt, a toast or two to all the good memories in Catalonia.