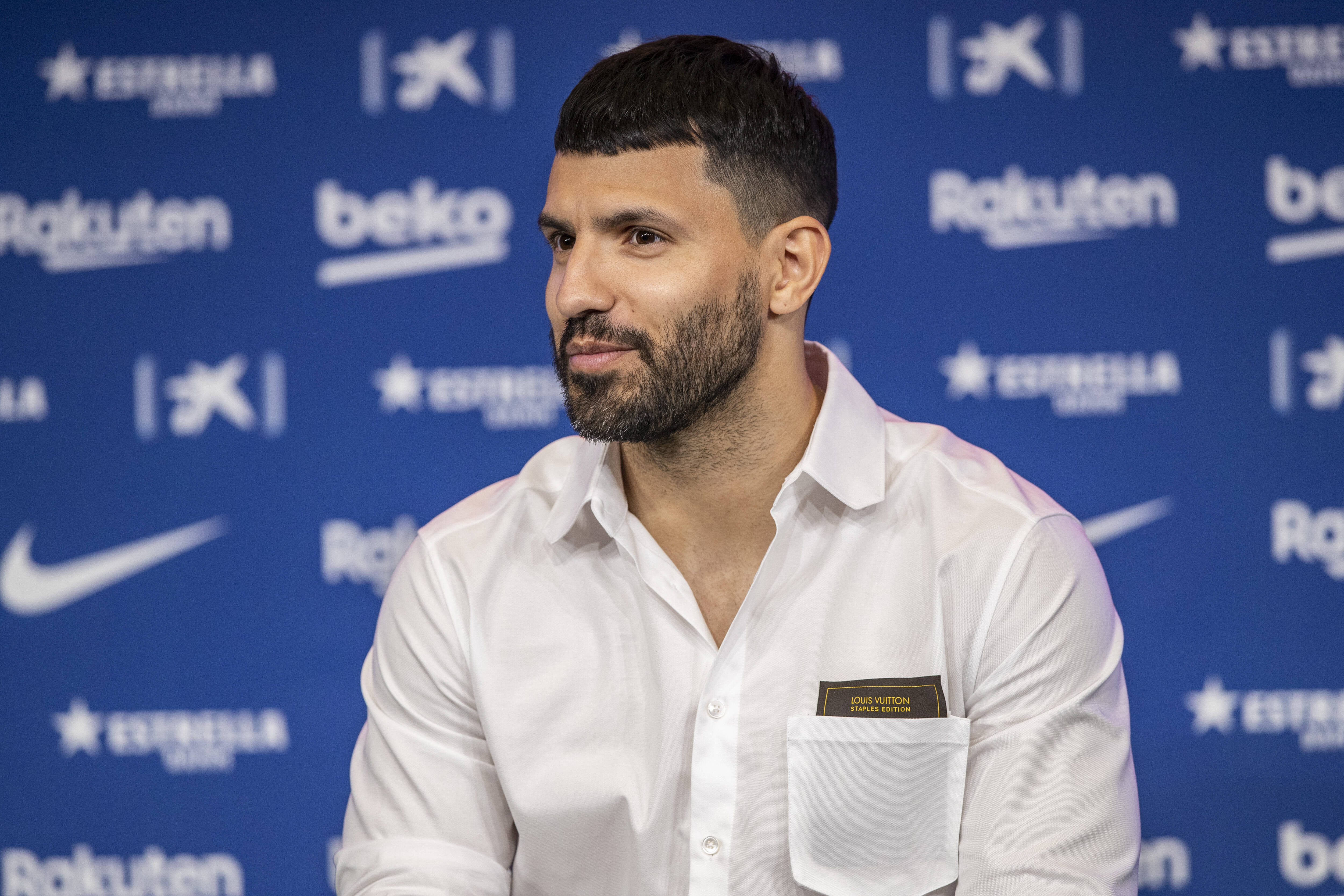 Barcelona have been dealt another big blow, this time in the form of Sergio Aguero.

It has been a week to forget for the Blaugrana after losing Lionel Messi, the Argentine not returning following the expiry of his contract in July.

And to add to the woe of losing the club’s greatest ever player, Barca have now been told they will be without one of their marquee new signings in the near future.

Sergio Aguero, who was signed on a free transfer from Manchester City this summer, has suffered an injury.

According to RAC1, Aguero has suffered a tendon injury and tests have revealed he will miss around 10 weeks of action.

As things stand, Aguero is not officially registered with La Liga due to the club’s contract issues, though the club are confident it can be done in time.

With the rest of their new signings needing to be registered by Friday in order to play in la Liga this weekend, the injury of Aguero might given them more time to do what they need to do financially.

But as far as Ronald Koeman is concerned, the loss of Aguero for 10 weeks will be a significant one.