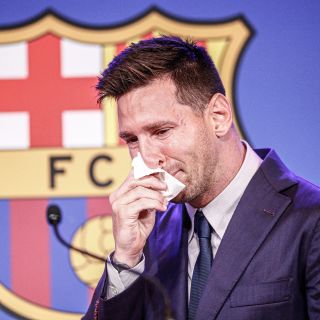 Watch: Lionel Messi breaks down in tears while bidding farewell to Barcelona

Every football fan on earth was intrigued to hear what the 34-year-old had to say; a huge crowd gathered outside the stadium to wait for him. Messi was clearly immensely emotional, struggling through the entire press conference with tears in his eyes. His wife, Antonella, had to hand him a tissue before he began, with the Argentine struggling to get his words out at first.