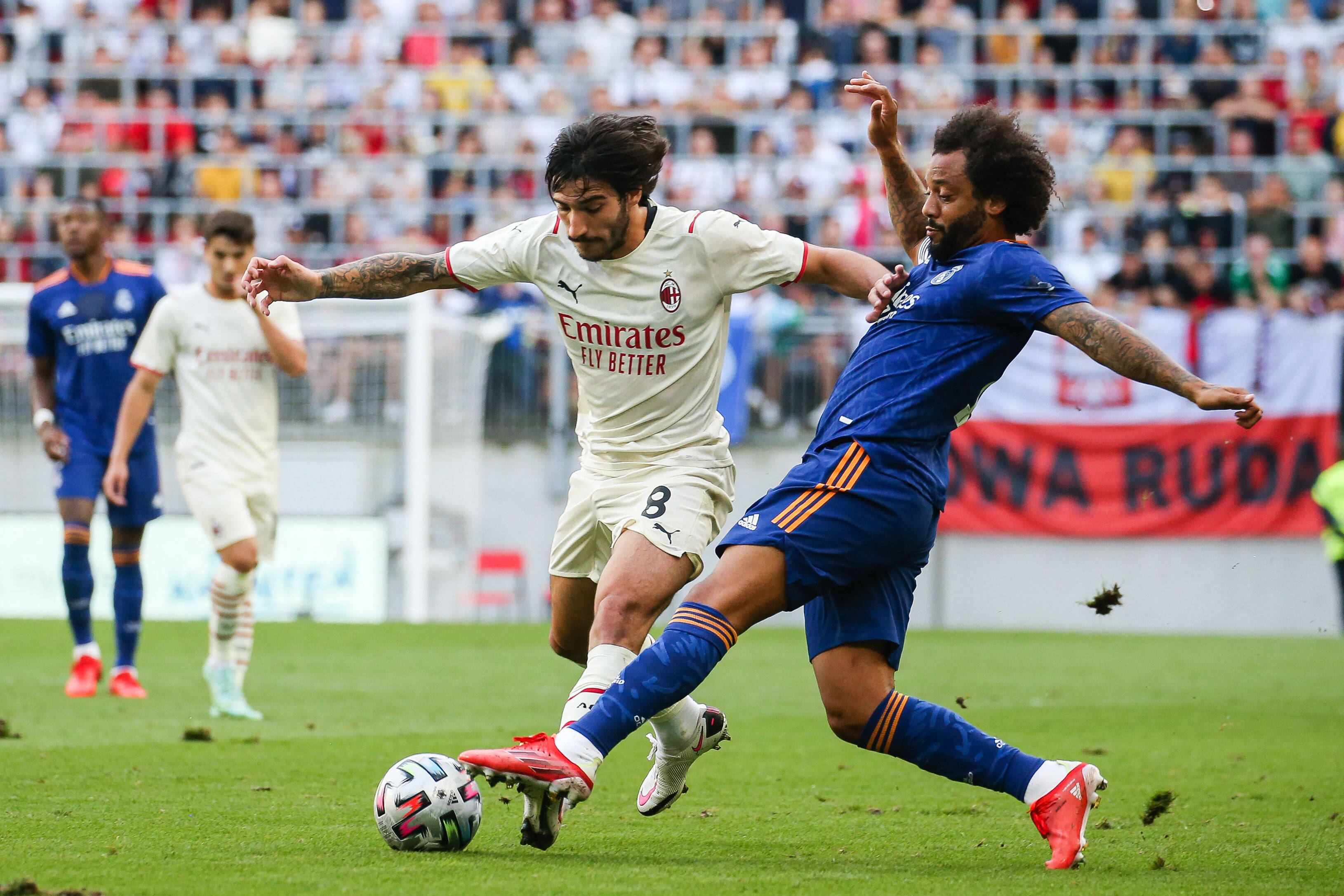 Real Madrid winless preseason campaign has wrapped up with a 0-0 draw against AC Milan in Austria.

Carlo Ancelotti faced his former side in Los Blancos second and final warm up game ahead of the 2021/22 La Liga season following their defeat to Rangers last month.

Los Blancos looked bright in the opening stages with Luka Jovic denied an early goal before Isco fired just wide of the post.

However, the Spanish giants were presented with a huge chance to edge in front before the break as Gareth Bale won a penalty, but the Welshman’s weak effort was kept out by Mike Maignan.

Gareth Bale wins a penalty for Real Madrid…but then steps up himself and misses the spot kick! 😱

A weak effort and an easy save for Maignan in the Milan goal 🧤 pic.twitter.com/2hHbDRBmIT

Ancelotti made a host of changes to his line up for the second period with Luka Modric inches away from a spectacular opener against the Serie A side.

So close to an absolute screamer from Luka Modric! 😱

Despite continuing to have the greater share of possession, Ancelotti’s side were unable to find that all important killer touch late on, as their preseason ended with a whimper.