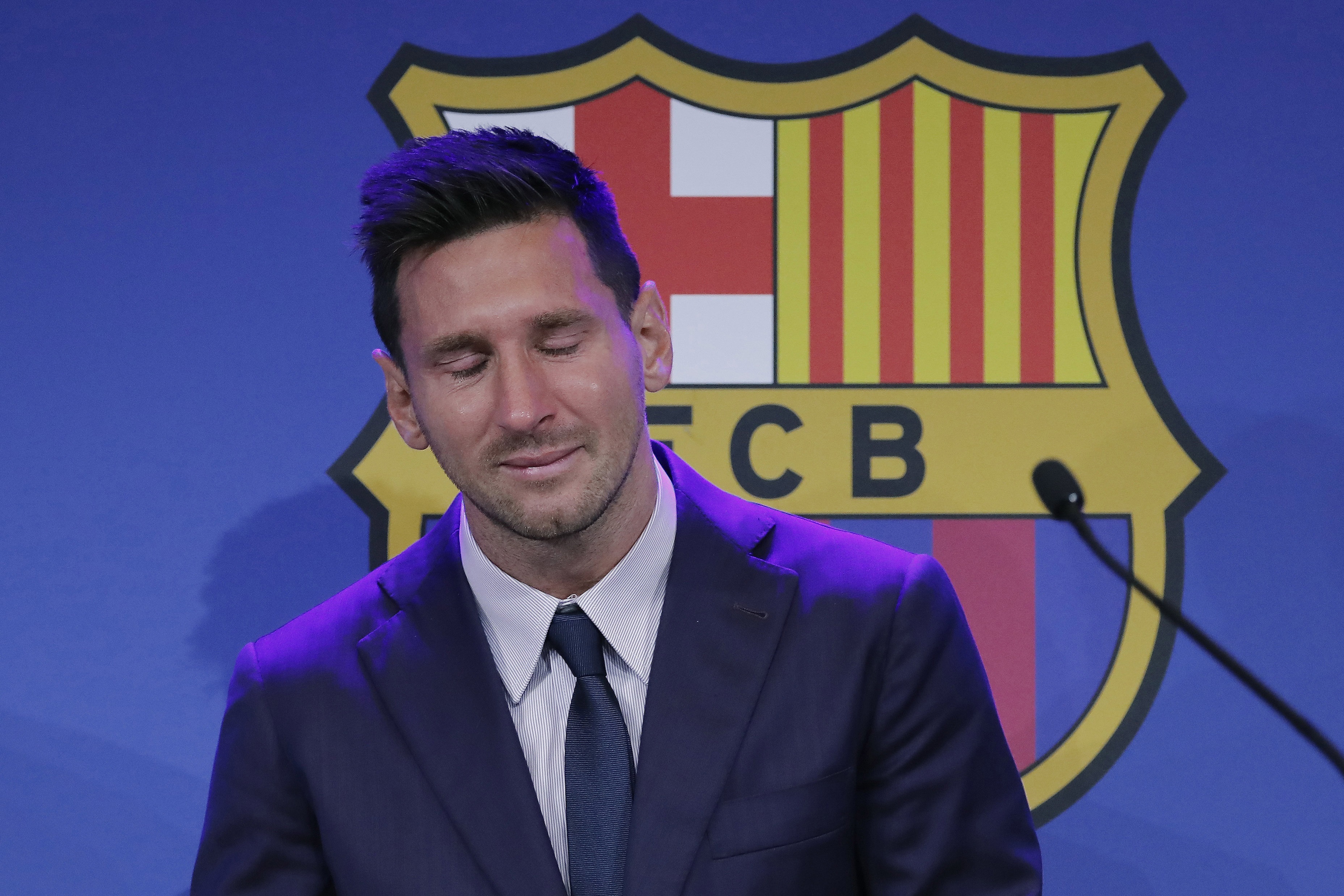 “Last year when I sent the burofax and all that, I knew what I had to do, I was convinced,” Messi said in the press conference. “But this year, no. I was convinced that myself and my family were going to stay here, in our home. That’s what we wanted most. But today I have to say goodbye.

“I never imagined this goodbye. I wanted it to be with fans in the stadium, to hear one more ovation from them, one more show of love. Leaving after spending 18 months without fans singing my name; I couldn’t have imagined it. But it’s happened like this.

“I hope I can return in some moment to be part of this club, in whatever role, and be able to bring something to keep this club as being the best in the world. After 21 years I’m leaving with my wife and my children, three Catalan-Argentines. I couldn’t be more proud of all I’ve done and lived in this city. I have no doubt that after some years away we’ll return; this is our home. I’ve promised that to my kids, too.”