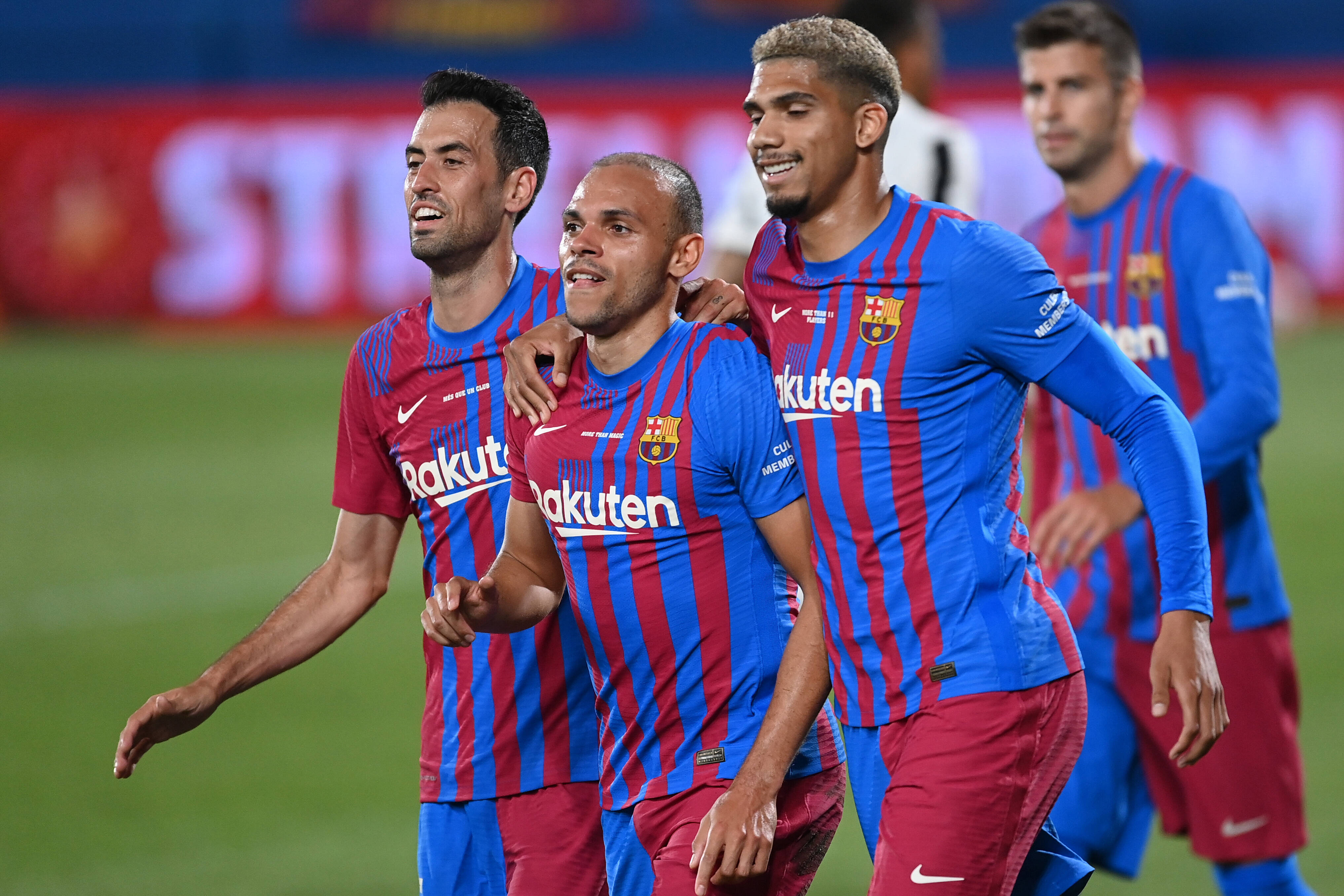 Barcelona secured a winning end to their 2021/22 preseason campaign with a 3-0 victory over Juventus.

La Blaugrana hosted the Serie A giants at the Estadi Johan Cruyff as part of their annual Joan Gamper Trophy final.

Barcelona’s preparations for the game have been dominated by Lionel Messi’s exit from the club after the Argentinian international delivered an emotional goodbye message to fans.

However, despite the enduring cloud hanging over the club in recent days, Ronald Koeman‘s side impressed right from the start in Catalonia with Memphis Depay continuing his strong recent form with a fine early goal.

No Messi, but Barca do have Memphis! 🔵🔴

A quick start as the Dutch forward finishes well for the opening goal after just 2 minutes 🔥 pic.twitter.com/2JUx3a26MK

The home side picked up where they left off after the restart as Danish star Martin Braithwaite got away from his marker to head home Depay’s corner just before the hour mark.

Martin Braithwaite heads in from a corner to double Barcelona's lead against Juve! 🔵🔴

Ronald Koeman will be pleased with his teams efforts in this one 👏 pic.twitter.com/jY7ciLs6cd

With Juventus offering little in response, Barcelona added some gloss to the scoreline in added time as Riqui Puig fired home a third.

Riqui Puig with a fantastic curler into the far corner! 😍

That seals a 3-0 win for Barca 🔥 pic.twitter.com/d7GCpEletE

Koeman and his players will get their La Liga season up and running on August 15 with a home game against Real Sociedad.