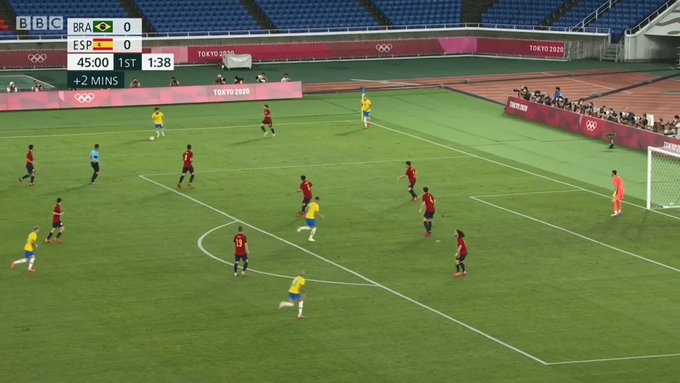 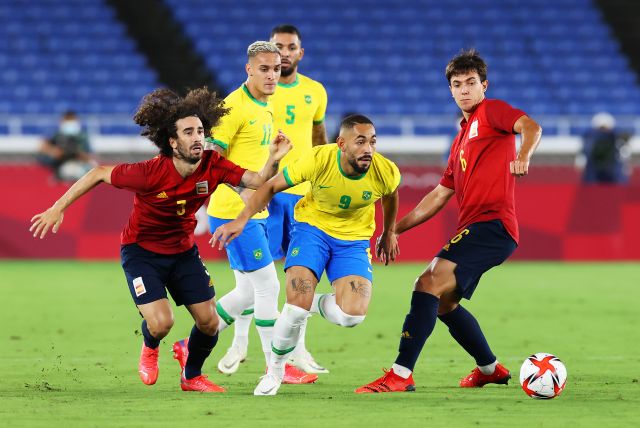 Brazil had an excellent chance to take the lead early doors when they earned a penalty kick after Unai Simon clattered Matheus Cunha. Richarlison, in excellent form, stepped up to the plate, but blazed his effort high and wide after a stuttered run-up. The selecao got their breakthrough soon after, however, with Cunha finishing superbly after Alves teed him up artfully.

Matheus Cunha has put Brazil ahead just before half-time!

Brazil are 45 minutes away from a gold medal.