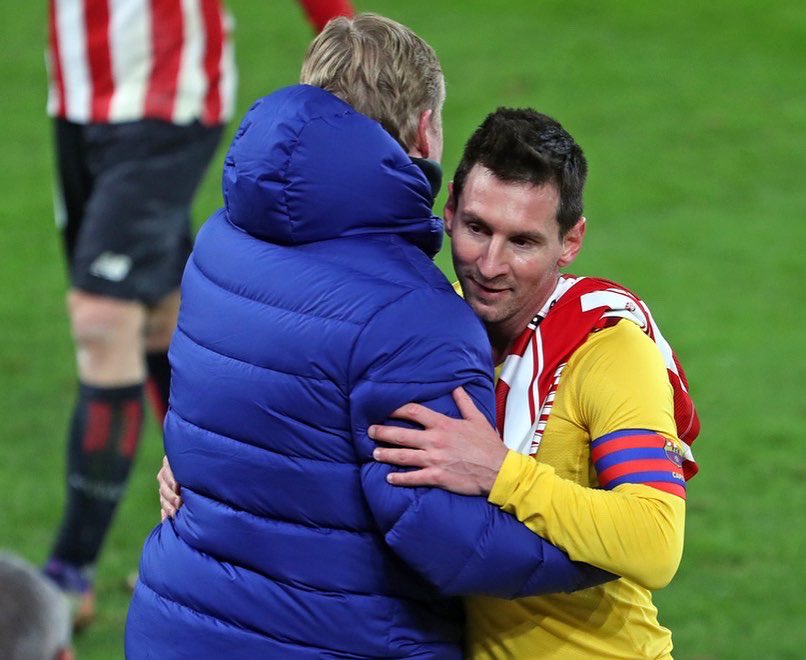 Barcelona shocked the world on Thursday evening when they announced that Lionel Messi was leaving the club he joined as a pimply-faced teenager. A contract had been agreed between the two parties, but La Liga’s financial regulations meant that the club couldn’t sign off on the deal while still abiding by the rules.

Joan Laporta, Barcelona’s president, spoke in a press conference on Friday morning to explain the decision, claiming it was one he deeply regretted. Messi was said to be surprised by the turn of events, and hasn’t been speaking with any potential suitors over the past year. In the hours since, Paris Saint-Germain have emerged as the likeliest destination for the Argentine.

Fabrizio Romano revealed that Messi will give a press conference on Sunday from Camp Nou, where he’ll give his side of the story. It’ll be an emotional moment for himself and for the millions of Barcelona supporters all over the world, many of whom can’t bring themselves to accept the decision. Ronald Koeman, Messi’s coach for his final season at Camp Nou, bid farewell to him on Twitter on Saturday afternoon.

It makes you the best player in the world. For now, I wish you and your family the best! 💙❤️ #ForçaBarça

“Still hard to understand that you will not play for Barcelona anymore,” the Dutchman wrote. “Thanks for everything you have done for our club, Leo. I really enjoyed the full season we worked together. I am impressed by your work ethic and desire to win; it makes you the best player in the world. For now, I wish you and your family the best!”