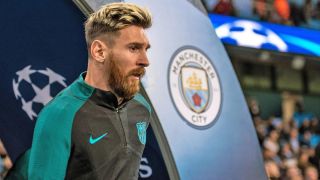 I know everybody’s thinking City, but in our article this week on Kane we explained the scenario with City and Messi. Twelve months ago: they were balls out for Messi. But it didn’t happen. That was the second time (2016 previously) so by this point they won’t shelve Kane

So City wanted Kane 12 months ago. Messi rang. “I’m leaving Barca”. He didn’t. He couldn’t. In the meantime, City shelved Kane. Ended up with neither. In 2016, Messi was coming. Didn’t happen, he changed his mind. Two strikes and you’re out.

The two clubs that have immediately come to mind as possible destinations for Messi are the same two who were so keen on him last summer; Manchester City and Paris Saint-Germain. Sam Lee, however, a journalist that covers the former closely, said that “something mental” would have to happen for City to go for Messi again after twice failing to land him in the past, especially given how advanced their negotiations with Harry Kane are right now.