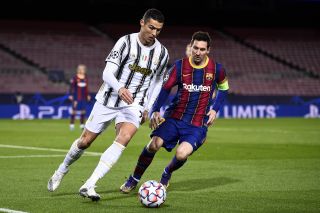 Lionel Messi could be set for a quick return to action for Barcelona with a contract expected in the coming hours.

As things stand, the Argentine remains a free agent, but as reported this morning, it’s expected a new contract with Barcelona will be signed imminently.

But despite Messi only returning from his holiday in Ibiza on Wednesday, it appears as though he could be set to play within the coming days.

According to RAC1, the idea is for Messi to play in Barcelona’s pre-season clash with Juventus on Sunday in the Joan Gamper trophy.

The fixture, which will be played against Cristiano Ronaldo and Juventus at Estadi Johan Cruyff, has been a tradition since 1966, and as part of the tradition, club captain Messi will make a speech.

And according to the report, the veteran forward is also looking to play in the game, as long as his contract is all agreed by then as expected.

Messi is yet to link up with this teammates for pre-season, but he has been working on his fitness during his holidays, and if anyone can get away with little preparation, it might just be him.