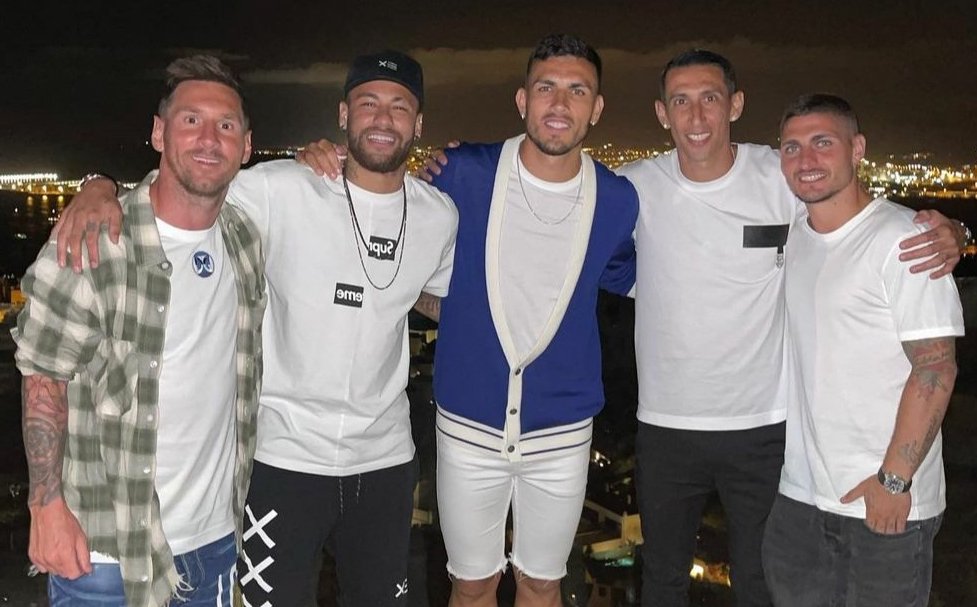 Lionel Messi and Neymar chill together on vacation in Ibiza

Lionel Messi and Neymar were pictured together in Ibiza on Tuesday evening. The photo was posted on Instagram by Angel di Maria, including Leandro Paredes and Marco Verratti as well. Neymar is in the final days of his summer vacation before returning to Paris Saint-Germain while Messi, a free agent, is waiting for his future to be finalised.

Angel Di Maria posted this picture on Instagram alongside Copa America winners with Argentina Lionel Messi and Leandro Paredes. In there is Euro winner with Italy Marco Verratti and Neymar of Brazil. pic.twitter.com/YvdVHLOzGj

It’s expected Messi will return to Barcelona, the club he’s been contracted to since he was a pimply-faced teenager, but until the ink is dry on the contract Barcelona supporters will retain a degree of fear. An agreement between himself and the club is said to be closed, however; Joan Laporta just needs to create the financial space that will allow him to finalise it.

Messi and Neymar, of course former Barcelona teammates until the latter left for PSG in the summer of 2017, met each other earlier this summer in the final of the Copa America. Messi’s Argentina came out on top in that occasion, with the Rosarino earning himself the accolade of player of the tournament as well as leading his country to their first major title since 1993.