Barcelona club president Joan Laporta has dropped a further hint over his confidence on Lionel Messi signing a contract extension.

Messi is currently on holiday in Ibiza after returning to Spain following Copa America duty with Argentina earlier this summer.

The 34-year-old will not return to preseason training until a contract package is agreed with no confirmed progress on the situation at this stage.

However, despite the ongoing speculation over Messi’s future, Laporta has consistently stated his optimism over the renewal and he has given fans a further boost today. 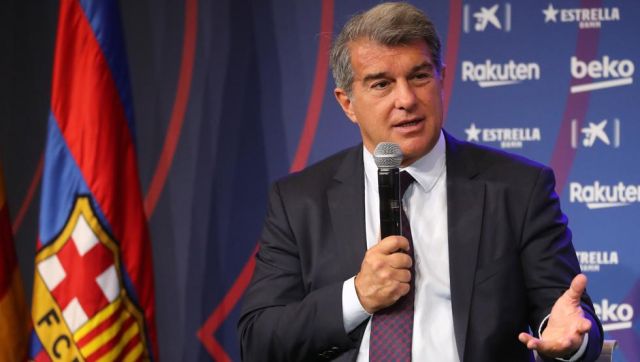 “Every night I have sweet dreams when I think of Messi. We are doing everything possible for him to stay here”, as per reports from Diario AS.

“The negotiations are progressing well.

“We are in the process and Messi wants to continue, we have to make him continue and he wants to stay.”

Messi is heavily rumoured to have reached a compromise with Barcelona over a new contract as the club aim to balance their books this summer.

The iconic striker could sign a five year contract in Catalonia, with the expectation of him potentially leaving after just three years, but Barcelona have declined to confirm the details of the deal.