Former Real Madrid midfielder James Rodriguez will not follow Carlo Ancelotti back to the club this summer.

Ancelotti brought the Colombian international to Everton at the start of 2020/21 after he failed to force his way into Zinedine Zidane‘s plans last summer.

However, despite showing flashes of quality with the Premier League side last season, the former AS Monaco star is rumoured to be open to an exit in the coming weeks.

Ancelotti has hinted at potential reunion for the pair back in Madrid but as per reports from Marca, he told a Twitch interview that his time in Madrid is ‘closed’. 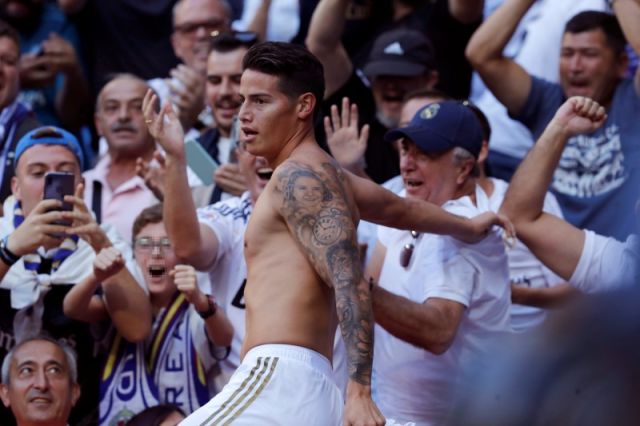 But the 30-year-old could be open to a move elsewhere after indicating he could be tempted by a switch to Serie A.

“Which league I would like to play in, I don’t know”, he said

“I have already played in all of them, but I am lacking Italy.

“It would be a good option, but in the future I don’t know if it will happen.

“Italy is missing, it would be good to make that record. I don’t know how many players have done that.”

Rodriguez netted six goals under Ancelotti in his debut season in English football but the Toffees narrowly missed out on a European qualification place for 2021/22.