Barcelona defender Sergino Dest has no interest in leaving the La Liga giants ahead of the 2021/22 season.

The United States international has established himself as a key part of Ronald Koeman‘s starting XI following his 2020 move from Ajax.

30 league appearances in 2020/21 has edged him in front as Koeman’s first choice at right back and the 20-year-old is already looking forward to the new season in Spain. 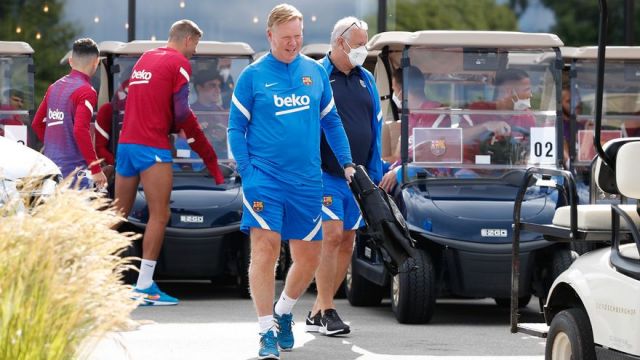 According to reports from ESPN Sport, La Blaugrana have been contacted by clubs from across Europe over his potentially availability in the coming weeks.

However, Dest has reportedly rejected interest from Bundesliga superpower Bayern Munich and Premier League big spenders Arsenal in favour of staying at the Camp Nou.

Dest’s starting role has remained in place in the club’s preseason warm up games and he is expected to start their season opener against Real Sociedad on August 15 with Oscar Mingueza still away on Olympic duty.