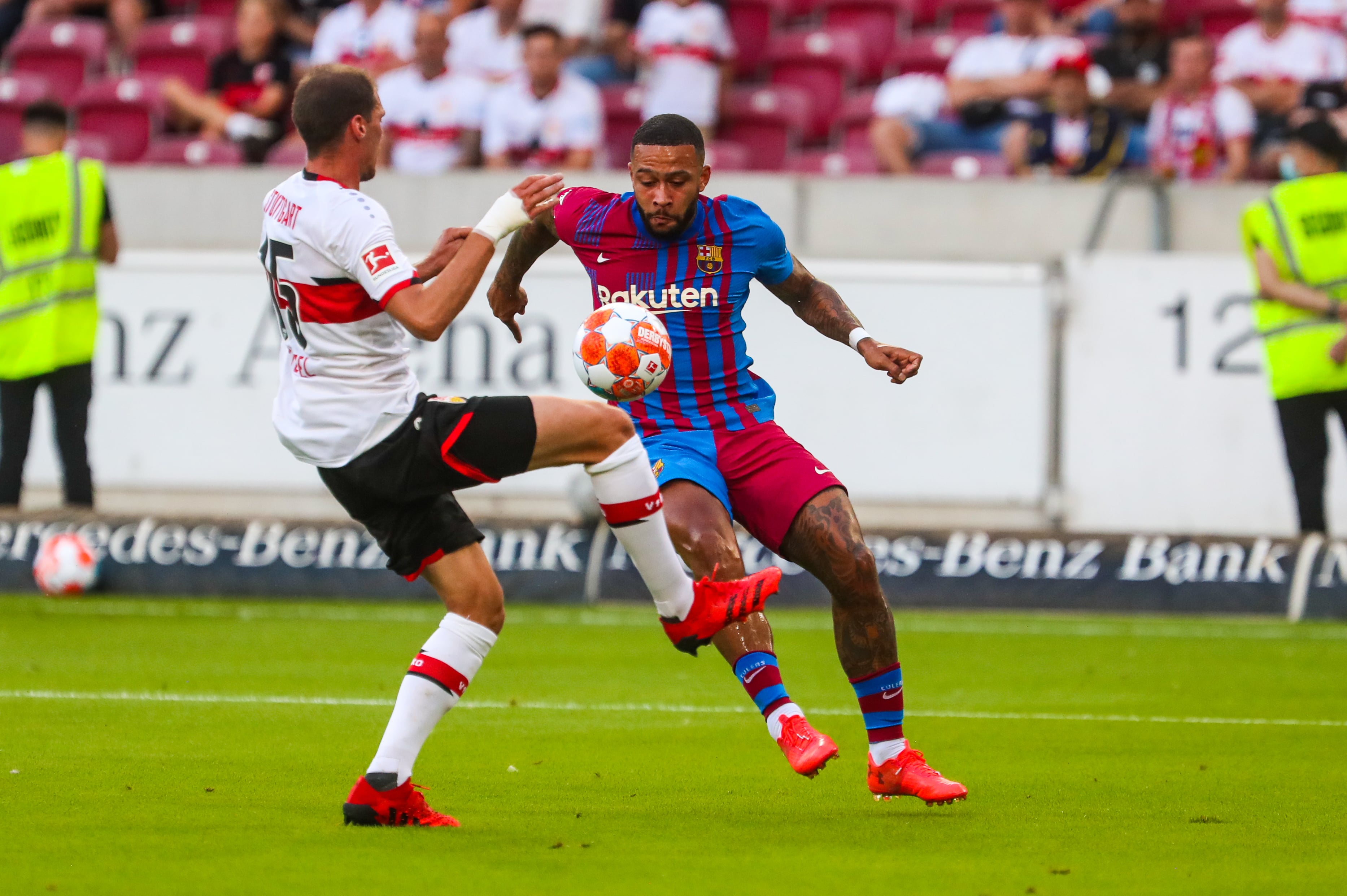 Memphis Depay on target as Barcelona cruise past VfB Stuttgart

Memphis Depay‘s strong start to preseason life with Barcelona continued as the Catalans sealed a 3-0 win at VfB Stuttgart.

The Catalans made it three wins from three in their warm up games ahead of the 2021/22 La Liga season following victories over Gimnastic and Girona earlier this month.

Ronald Koeman‘s side dominated from the start in Germany as Depay latched on to Frenkie de Jong‘s long ball to spectacularly volley them in front on 22 minutes.

What a goal that is from Memphis Depay! 🔥🔥

He's going to be amazing to watch at Barcelona 👀 pic.twitter.com/roYC5vePXu

Fellow new signing Yusuf Demir got in on the act on 36 minutes as Depay’s drag back was smartly gathered by Antoine Griezmann with the Austrian arriving on cue to tuck home his cross.

Koeman’s side took their foot off the gas following a string of second half changes but substitute Riqui Puig continued on his drive to catch Koeman’s eye ahead of the new campaign as he confidently tucked home a deserved third goal.