Lionel Messi and his family landed back in Barcelona this morning. The Argentine had been in Miami on vacation with his family following the Copa America, and has returned home briefly before jetting off once again.

Messi captained Argentina to victory in the Copa America, their first title since 1993. The triumph visibly delighted Messi, and the 34-year-old has been noticeably more relaxed on social media in the weeks since.

Lionel Messi posted this on his Instagram as his son Mateo has started to ball already. pic.twitter.com/VHSpGLXbDg

It’s the culmination of a lifelong ambition, and he’s wasting no time in savouring the moment; evidenced in a candid moment playing football with his children on vacation, with his son Mateo already beginning to show potential of being a baller himself. 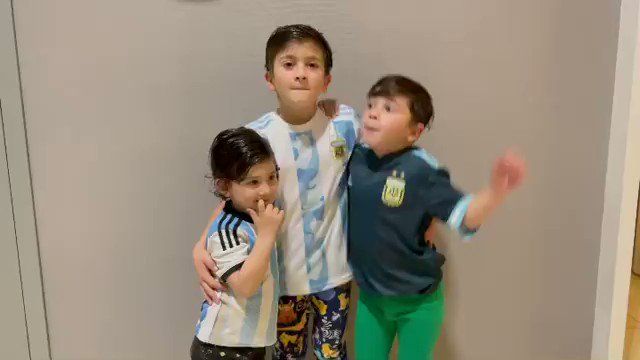 He may be relaxed, but many Barcelona fans aren’t. Messi’s contract with the club expired at the end of this past June, and at the time of writing he’s a free agent.

Negotiations are thought to be close to completion, and Messi’s expected to continue as captain of the club he’s represented since he was a teenager, but until the contract is signed an element of doubt will persist.