Monchi on Sevilla: “My disease, my poison. May I never heal or find the antidote.”

Monchi’s been at the helm of Sevilla during a decisive week in the club’s short-to-medium-term-future. He sold Bryan Gil to Tottenham Hotspur in exchange for cash plus Erik Lamela, and is now close to selling Jules Kounde to Chelsea for cash plus Kurt Zouma. Two promising jewels of the Sanchez-Pizjuan sold for more experienced, cheaper options.

He won’t be kept up at night by his decisions, though. He’s not that kind of man. Monchi lives and dies by such calls, and famously gets more right than he does wrong; that’s why he’s the most renowned sporting director in European football. Judging by his tweet on Tuesday night after Sevilla drew 2-2 with Paris Saint-Germain in a pre-season friendly in the Algarve, however, he’s aware he’s taking a risk with his decisions.

“Turned off the television when [Ivan] Rakitic was taking the penalty and celebrated Oscar [Fernandez]’s goal like it was Diego Carlos’ [Europa League-winning goal] in Cologne,” Monchi said. “My disease, my poison. May I never heal or find the antidote.” 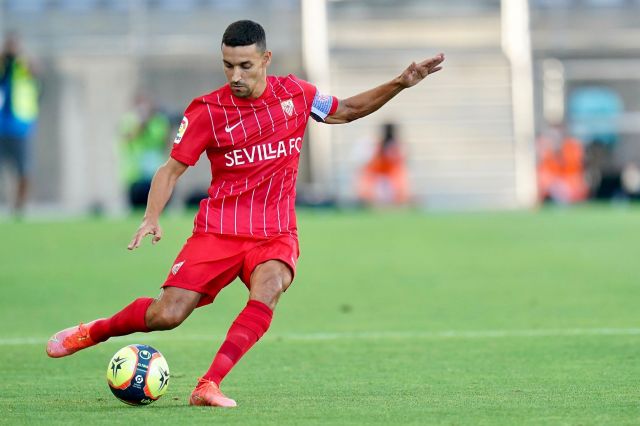 Monchi isn’t cashing in on his starlets out of resignation; he’s doing what he needs to do to give Julen Lopetegui a competitive team. If that means tough decisions need to be taken, they’ll be taken. Nothing will detract from the Andalusian club’s ambition of pushing on from last season’s fourth-placed La Liga finish.