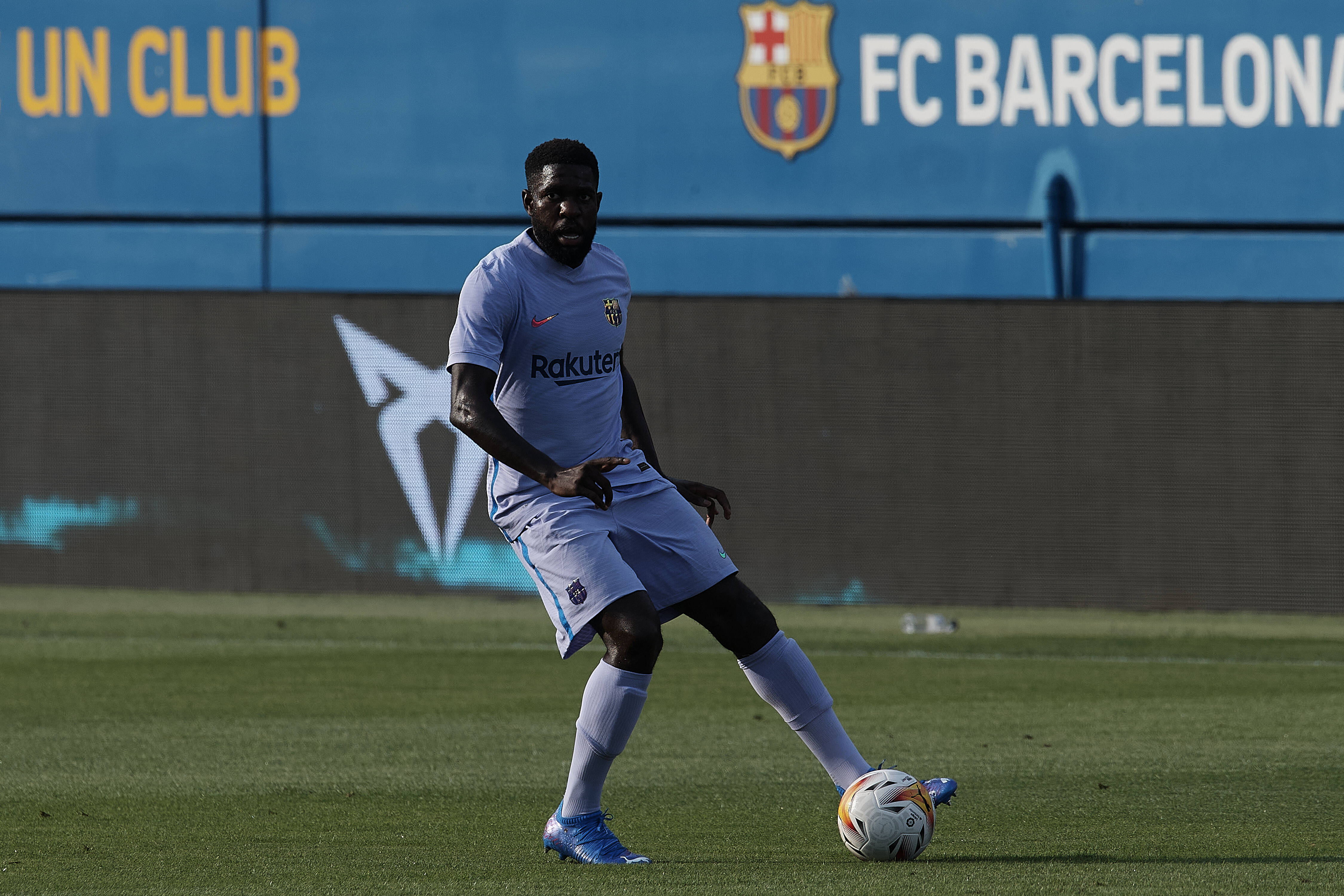 Samuel Umtiti is back and raring for action as Barcelona prepare seek an exit for the defender.

And it’s those injury problems that have seen him placed on the chopping block amid Barcelona‘s financial crisis.

Barca chief Mateu Alemany confirmed earlier this month of Umtiti and Pjanic: “All Barcelona players know their own situation.

“These two are prestigious and know the coach’s opinion and the possibilities they could have this season.

“With due respect, and with their agents, we’re running the rule over possibilities for letting them go.

“They’re the first ones interested because they want to be guaranteed to play wherever they go.”

Despite his apparently impending exit, Umtiti has started both of Barcelona’s friendlies so far, against Girona and Nastic, and according to Mundo Deportivo, he has come through them with flying colours, as far as his fitness is concerned.

That is a huge boost for Umtiti, who has struggled to find a break in recent years, and it is also a big boost for Barcelona as they look to find a buyer for the Frenchman.

Umtiti is one of the top 10 highest earners at Barca, and given his fitness record over recent years and the club’s financial decision, his departure appears to be a no-brainer.