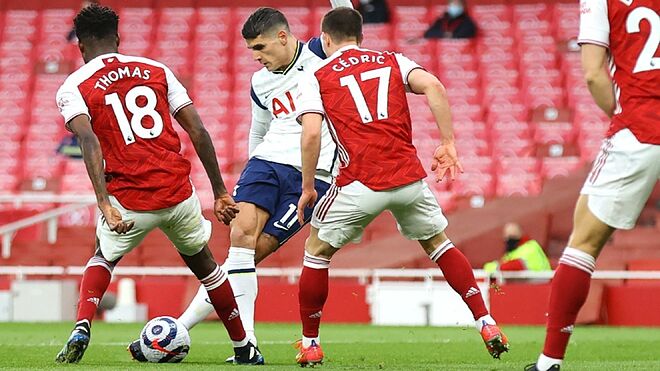 Erik Lamela is ready to sign for Sevilla according to Marca. The Argentine has agreed personal terms with the Andalusian club already and will sign a three-year deal at the Sanchez-Pizjuan. His agent, the same as his compatriot and soon-to-be-teammate Lucas Ocampos, met with Monchi this week.

His arrival is part of a complex deal that will also see Bryan Gil join Tottenham Hotspur from Sevilla, with the North London club paying €25m for his services as well as giving Sevilla Lamela. As soon as the deal is given the green light Lamela will travel to Lagos in Portugal, where Sevilla’s pre-season is taking place.

Lamela is excited to work with Julen Lopetegui, spurred on by the Basque’s habit of getting the best out of footballers entering the autumn of their careers. Lamela turned 29 back in March and has seen recent campaigns haunted by injury. He views Sevilla as the best place to relaunch himself, and will find several compatriots waiting for him there; as well as Ocampos, Papu Gomez and Marcos Acuna will be there to share the mate.

Lopetegui wants Sevilla to score more goals next season, and have more players stepping up to score them. Someone like Lamela is key in this regard. He can play out on the right, where Suso has been stationed, but can drift inside too. He’s a versatile threat, and someone who could be superb if revitalised.