Roma have opening bid for Clement Lenglet knocked back by Barcelona

Roma have made an opening bid for Barcelona centre-back Clement Lenglet according to Football Italia. Jose Mourinho, recently appointed in the Eternal City, wants to recruit the Frenchman, and has seen a €15m bid knocked back.

Barcelona had offered Roma Lenglet in a potential player-plus-cash swap deal for midfielder Lorenzo Pellegrini, only for the Italian club to reject the proposal. They are, however, interested in signing Lenglet. Barcelona, in financial strife, are open to selling but are holding out for a fee of €25m. 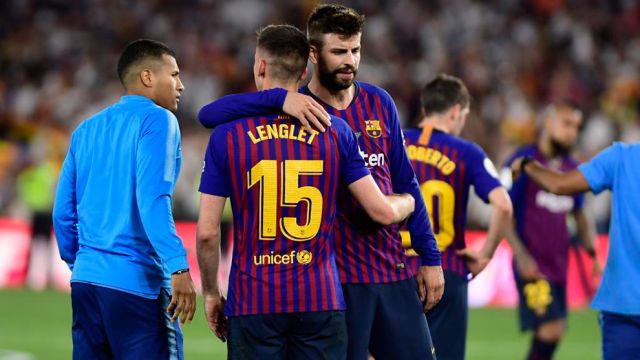 Lenglet, who joined Barcelona from Sevilla, is in demand. The Premier League is also interested in acquiring his services, with Everton and West Ham United looking at him although their idea is to sign him on loan with an option to buy. Barcelona, keen to lower their wage bill to create the financial space to retain Lionel Messi and register their new signings, prefer a sale.