Atletico Madrid president Enrique Cerezo has reaffirmed his commitment to bringing Barcelona star Antoine Griezmann back to the Spanish capital.

Griezmann established himself as a fans favourite in Madrid after scoring 133 goals in 257 appearances during his time with Los Rojiblancos from 2014 to 2019.

His subsequent controversial move to rivals Barcelona has soured his relationship with the club’s supporters but both Cerezo and Diego Simeone remain open to a reunion.

The French international has been linked with a bold swap deal involving Saul Niguez with the 26-year-old rumoured to be keen on a move to Catalonia and Griezmann’s position at the Camp Nou unclear. 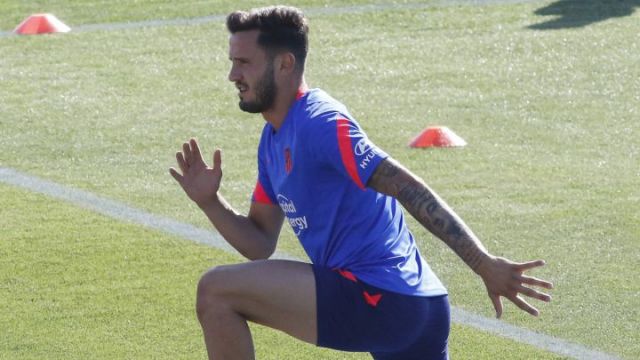 “(Griezmann coming back?) In the world of football, anything can happen”, as per reports from Diario AS.

Both Atletico and Barcelona are experiencing financial issues ahead of the 2021/22 La Liga season with Simeone looking for attacking reinforcements.

Ronald Koeman is aiming to offload high earners from his wage bill and Niguez would represent a €20m annual saving as a lower earner than the former Real Sociedad attacker.